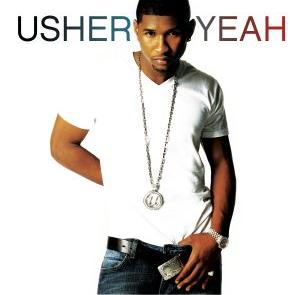 "Yeah!" is a song written by American songwriters and producers , , , , and James Elbert "LRoc" Phillips for Usher's fourth studio album "Confessions" (2004). The track was produced by which he combined and R&B genres, triggering positive reviews from music critics. The song features Lil Jon and rapper . It is Usher's biggest hit to date, as well as Ludacris's and Lil Jon's.

The song was released as the lead single from the album in early 2004, which reached number one on the "Billboard" Hot 100 for twelve weeks. It performed equally well on international music markets, topping several charts. The single was certified platinum in various countries and the song received awards.

After Usher thought his fourth studio album, "Confessions", was already finished, he submitted it to his label in 2003. However, when Usher and the company's then-president Antonio "LA" Reid listened to the songs, they felt the album needed a lead single. Although they had "Burn", the first song created early in the making of the album, as waiting list, Usher had to make few more tracks.

Usher went back to the studio and enlisted fellow Atlantians rapper-producer , alongside rapper-actor Ludacris, to produce songs for him. Lil Jon recalled: "He needed a single. They had 'Burn,' 'Burn' was hot, but they needed that first powerful monster. That's when I came in."

Several months before Lil Jon came into the production of "Confessions", he was commissioned by to produce fifteen beats for rapper . Mystikal would only choose two tracks which gave Lil Jon the chance to peddle the leftovers to other record labels. Beyond his awareness, Jive gave one of the tracks Mystikal passed on to artist , who also records for the label. The track became Pablo's "". At the same time, Lil Jon thought the track would not be used and gave the "Freak-a-Leek" beat to Usher for the original version of what became as "Yeah!". Lil Jon went to Pablo, who already heard the song similar beat to his own. Lil Jon tried to settle it with Jive by making another beat for Pablo; however, Pablo did not give up the track, considering it was already gaining responses from South radio. Lil Jon had to rework on the track and a new was employed for what became the present "Yeah!". The song was co-written by , , , and James Elbert "LRoc" Phillips.

Though "Yeah!" was already created, everybody in the label was scared to decide whether it will be released as the lead single, considering they had "Burn" on queue. Usher's friend and former rep Kawan "KP" Prather commented: "'Burn' being a great song is one thing, but it's one of them things where people said, 'It's strong, but can we make history with that?' At the end of the day, you want an event." Usher was also skeptical if "Yeah!" was the right choice after he envisioned R&B records.

The debate was over when Lil Jon leaked "Yeah!" to street DJs across the United States. After that, Usher opted "Burn" as the lead single of the album and was already looking for treatments of its accompanying music video. [Cite news |last=Reid |first=Shaheem |title=Usher To Share His Confessions In March |url=http://www.mtv.com/news/articles/1483836/20031219/usher.jhtml |work=MTV News |date=February 7, 2005 |accessdate=2008-03-02] The song was then not intended to be a proper single and only a teaser for Usher's fans after waiting for years.

Red Light is one of the third tracks on the UK CD 1. The music was not released as a single, but Usher released a music video that can be seen on YouTube.com.

Critics complimented Usher for the song. Aswad called it the "grittiest song" Usher had sung for revealing his "newfound maturity". Caramanica said that it is "probably the scariest record — in a good way — he's ever made" and Usher "smartly shares the spotlight." Cibula stated that Usher's "smoove-ass" singing and Ludacris' presence contributes to the success of the single.

Mr. X, formerly Little X, had previously captured videos for Usher's single "" and "". Mr. X was inspired with the treatment of laser beams after listening to the song.

The music video was filmed in a vacant art gallery in over two days. When the shooting started, Mr. X recalled 's "low-tech" and "laser-flashing" 1979 "" video, and used it as a reference. Forty extras were commissioned to dance with Usher, and two ladies to tempt him in different scenes. They went through photo browsing and phone calling, opting for Destiny, a friend of Mr. X, who seduces Usher in the club ala wardrobe to complement the lyrics. Usher's other would-be seductress is portrayed by model . Lil Jon acted as an assistant director during the sessions. Usher took charge of his ideas on his wardrobe and choreography, with additional routines, specifically the Rockaway and the thunderclap, which Mr. X learned from Jamaica. The Rockaway influenced Fat Joe and Terror Squad's "Lean Back" video.

Usher's dancing in front of the green and blue laser beams is prominently featured throughout the video. Lil Jon and Ludacris appeared on the video as well. Ludacris protégé also appears near the end of the video, holding up his chain which shows his name. Sean "Diddy" Combs' former assistant, , made a cameo at the end of the video as well, when he was in Los Angeles and Mr. X begged him to dance in the video with his violin.