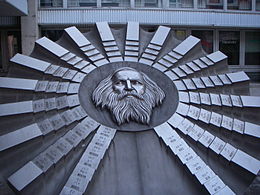 A sculpture in honor of Dmitry Mendeleev and his Periodic table in Slovakia.

This list of Russian chemists includes the famous chemists and material scientists of the Russian Federation, the Soviet Union, the Russian Empire and other predecessor states of Russia.