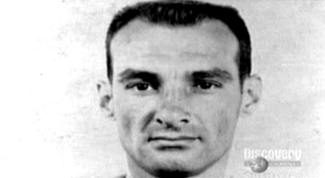 Allen Clayton West (born c. 1929[1] - died December 21, 1978 in Gainesville, Florida[1]) was a convicted criminal. As a result of his incarceration, he gained notoriety as one of the conspirators involved in planning and preparing for the June 1962 Alcatraz escape.

West was sent to the Atlanta Penitentiary (where he first met Frank Morris and John and Clarence Anglin) and Florida State Prison for hijacking as a car thief. He was sent to Alcatraz in 1957, charged with attempting escape, and became prisoner AZ1335.

Morris and the Anglin brothers were sent to Alcatraz in 1960 and 1961, and by September 1961, the four were planning their escape.

West was the only conspirator who did not participate in the actual escape, as he was unable to finish removing the ventilator grill in his cell in time.[2] By the time West opened his ventilator grill, the others were gone and had taken the life raft with them. With no means of leaving the island, West had no choice but to remain in his cell until the escape was discovered the next morning. After the escape was discovered he gave several interviews to the FBI and prison authorities, during which he provided full details of the escape plan, possibly as some plea bargaining strategy. West was never charged for trying to escape from Alcatraz.

Morris and the Anglin brothers were never seen again and their ultimate fate remains unknown.

West left Alcatraz on February 18, 1963, then was transferred to McNeil Island, Washington and later Atlanta, Georgia. [1] After his release from federal prison on January 7, 1965, West was sent to serve prison sentences in Georgia and Florida.[1] He was released in 1967, but was later arrested in Florida on charges of grand larceny, robbery and attempted escape.[1] Receiving multiple sentences, including life imprisonment, West was sent to Florida state prison in January 1969.[1] On October 30, 1972, he fatally stabbed another prisoner in what may have been a racially-motivated incident.[1] In December 1978, suffering severe abdominal pains, West was sent to the Shands Teaching Hospital, where he died of acute peritonitis on December 21, 1978, at the age of 49.[1]

In 1963, J. Campbell Bruce published his book Escape from Alcatraz about escapes from Alcatraz Island, including that of Morris and the Anglin brothers.[3]