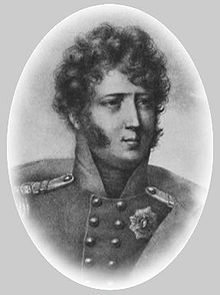 His father was Charles Louis, Hereditary Prince of Baden, the heir to the Margraviate of Baden, which was raised to a grand duchy after the dissolution of the Holy Roman Empire in 1806. His mother was Amalie of Hesse-Darmstadt, the daughter of Louis IX, Landgrave of Hesse-Darmstadt. He was the brother-in-law of the rulers of Bavaria, Russia and Sweden. His eldest sister Caroline was the queen consort of Maximilian I Joseph of Bavaria, his second eldest sister Louise was the Empress consort of Alexander I of Russia and his third eldest sister Frederica was the queen consort of Gustav IV Adolf of Sweden.

At the age of 15, Charles went on a journey to visit his sisters in their courts in St. Petersburg and Stockholm. He was on his way home with his father, when his father died in a fall from his coach on December 15, 1801. Charles was a witness to this accident.[1]

Due to the strong influence of France on the court of Baden, Charles was forced to marry, Stéphanie de Beauharnais, adopted daughter of Napoléon I of France in Paris on April 8, 1806. This despite his own protests and those of his mother and sisters. Charles apparently preferred the hand of his cousin Princess Augusta of Bavaria. It would be 5 years before the couple would produce an heir.[1]

Charles went to war in 1807 as head of the Baden contingent under Marshal Lefebvre. There he took part in the siege of Danzig.[1]

In 1808, Charles returned to the side of his grandfather. His grandfather's age was beginning to show and Charles became coregent. Charles was 25 years old when he succeeded his grandfather Charles Frederick upon the latters death on June 11, 1811.[1]

Events that occurred during his reign

As Grand Duke Charles did not have any surviving male children, upon his death in Rastatt, he was succeeded by his uncle Louis I. It has been speculated that the foundling Kaspar Hauser was his son, and therefore the actual hereditary prince, a claim now established as false.