Number of participating clubs of the Champions League era

The following is a list of clubs that have played in the Champions League group stages.

Note: In the 1992 and 1993 seasons there were no semi-finals as the finalists qualified via a group stage. The winners (Sampdoria and Barcelona in 1992, Marseille and Milan in 1993) and runner-ups (Red Star Belgrade and Sparta Prague in 1992, Rangers and IFK Göteborg in 1993) of the two groups are still marked as semi-finalists in the table.

Angelo Moratti and Massimo Moratti are the first father and son to have won the competition during the presidency of the same team, F.C. Internazionale Milano. This team won the Champions League in different periods with these presidents, in 1963–64, 1964–65 and 2009–10. 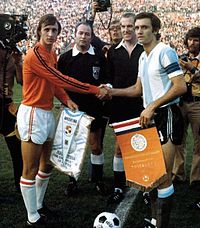 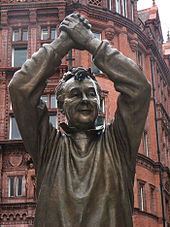 Statue of Brian Clough, Nottingham Forest manager in 1979 and 1980

Although not an officially recognized achievement, only six clubs have ever achieved the distinction of winning the Champions League or European Cup, their domestic championship, and their primary domestic cup competition in the same season, known colloquially as "the treble":

In addition to this treble, several of these clubs went on to win further cups. However, most of these cups were technically won the following year following the conclusion of regular domestic or international leagues the year before. Also, several domestic cups may not have been extant at the time that equivalent cups were won by clubs of other nations, and in some cases they remain so. Furthemore, there is much variance in the regard with which several cups are taken both over time and between nations. Regardless, the following clubs all won competitions further to the treble mentioned above:

Most goals in a match 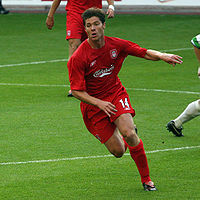 Not winning the domestic league

Between the two eras of this competition, this breaks down as:

The teams closest to defending the trophy in the Champions League era, all making it to the final: 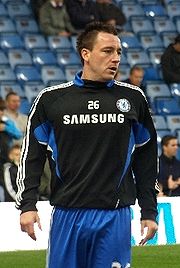 John Terry missed in the penalty shootout in the 2008 final 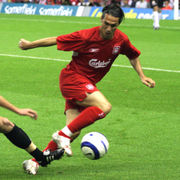 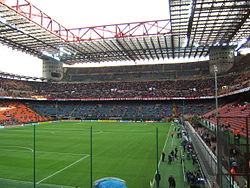 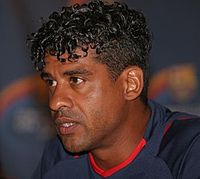 Four clubs have won all their games in a group stage (none of whom went on to win the title that year—although Milan got closest by finishing runners-up); these are:

Only one club has drawn all their games in a group stage:

In the history of the Champions League, the following clubs have lost all 6 group stage matches:

Two goals in each match

On 7 December 2010, Tottenham Hotspur played 3–3 against Twente and became the first team to score at least two goals in each match of the group stage. However, this record was equalled by Bayern Munich on the very next day.

Advancing past the group stage

The biggest disparity between a group winner and runner-up

The biggest points difference between the first- and second-placed teams in a Champions League group phase is 11 points, achieved by two teams:

Most points achieved, yet knocked out

Knocked out on tiebreakers

Several teams have been knocked out on a tiebreaker, most on the head-to-head criteria:

Knocked out on 3 points for a win rule

1995–96 was the first tournament in which three points were awarded for a win instead of two. The following teams were knocked out from the group stage, but would have advanced following the old rule:

Qualifying from Qualification Round One

Since the addition of a third qualifying round in 1999–2000, four teams have negotiated all three rounds of qualification and reached the Champions League group phase:

Liverpool went on to become the first team in the history of the competition to reach the knockout phase from the first qualifying round. 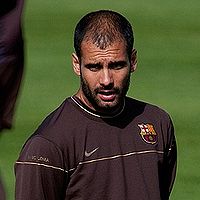 Josep Guardiola coached Barcelona to victory through qualification in 2009.

Four teams have managed to win the tournament from the third qualification round:

Barcelona won 4-0 against Viktoria Plzeň on 1 November 2011. This was their 25th consecutive game scoring at least one goal, beating Bayern Munichs record of 22 games which ended against Dynamo Kyiv on 22 March 2000.

The record for the longest unbeaten run at home stands at 31 games and is held by Bayern Munich. The run began with a 0–0 draw against Borussia Dortmund in 1997–98 and finished with a 2–1 win against Real Madrid in the first leg of the quarter finals 2001–02. The 31 game unbeaten run ended with a 2–3 loss to Deportivo La Coruña in the first group stage in 2002–03.

The record for the longest away unbeaten run stands at 16 games and is held by Manchester United. The run began with a 1–0 win against Sporting Clube de Portugal in the 2007–08 group stage. It lasted until the 3–2 win against Milan at the Giuseppe Meazza in the first leg of the first knockout stage 2009–10. The run ended with a 1–2 defeat to Bayern in the first leg of the quarter final 2009–10. During this run Manchester United were beaten 2–0 by Barcelona in the 2009 final. This game, however, was at a neutral venue and as such is not classified as an away game.

The record for the longest unbeaten run stands at 25 games and is held by Manchester United. It began with a 1–0 away win against Sporting Clube de Portugal in their opening group stage game in 2007–08 and finished with a 3–1 away win against Arsenal in the second leg of the semi-final in 2008–09. The 25 game unbeaten streak ended with a 0–2 loss to Barcelona in the 2009 final.

This broke the previous record of 20 consecutive games unbeaten by Ajax, which began with a 0–0 home draw against FC Porto in the second leg of the first round in 1985–86, and after an eight year hiatus from the competition resumed through a 2–0 home win against Milan in their opening group stage game in 1994–95 and ended with a 0–1 home loss to Panathinaikos in the first leg of the semi-final in 1995–96.

The third longest run is 19 by Bayern Munich, which began with a 1–0 home win against Arsenal on matchday six of the second group stage in 2000–01, and ended with a 0–2 away loss to Real Madrid in the second leg of the quarter-finals in 2001–02.

Of these 19 players, 10 have made their appearances all for a single club:

Players in Bold are still active 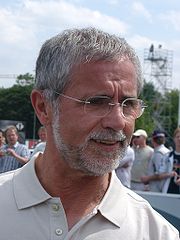 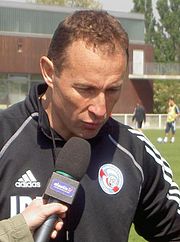 The top scorer award is for the player who amassed the most goals in the tournament, excluding the qualifying rounds.

Four goals or more in a match 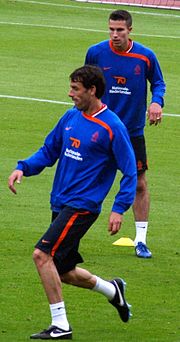 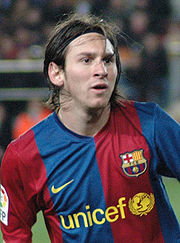 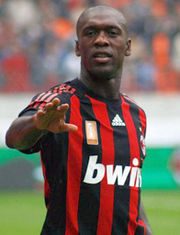 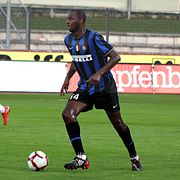 Patrick Vieira has been sent off for three different teams

Only two players have ever been sent off in a Champions League Final: Jens Lehmann (Arsenal) in the 2006 Final against Barcelona (sent off by Terje Hauge in the 18th minute for a professional foul after bringing down Samuel Eto'o); and Didier Drogba (Chelsea) in the 2008 Champions League Final (sent off by Ľuboš Micheľ in the 117th minute for slapping Manchester United player Nemanja Vidić). Both players' teams lost their respective finals.

Patrick Vieira, Edgar Davids, and Didier Drogba jointly hold the record for the most red cards in the Champions League. They have each been sent off three times.

Patrick Vieira is also the only player to have been sent off for three different teams in the Champions League (Arsenal, Juventus, and Internazionale).

Paul Scholes holds the record for the most yellow cards in the Champions League. He has received a total of 32 yellow cards.[21] 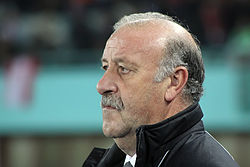 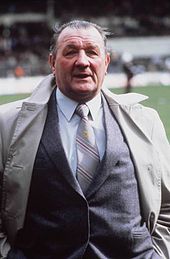