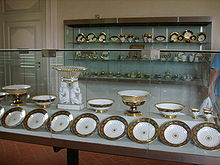 A Sèvres dinner-service on display at the Museo delle porcellane di Firenze. 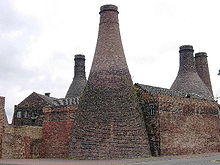 A ceramics museum is a museum wholly or largely devoted to ceramics, normally ceramic art, whose collections may include glass and enamel as well, but will usually concentrate on pottery, including porcelain. Most national collections are in a more general museum covering all the arts, or just the decorative arts, but there are a number of specialized ceramics museums, some concentrating on the production of just one country, region or manufacturer. Others have international collections, which may concentrate on ceramics from Europe or East Asia, or have global coverage.

Outstanding major ceramics collections in general museums include The Palace Museum, Beijing, with 340,000 pieces,[1] and the National Palace Museum in Taipei city, Taiwan (25,000 pieces);[2] both are mostly derived from the Chinese Imperial collection, and are almost entirely of pieces from China. In London, the Victoria and Albert Museum (over 75,000 pieces, mostly after 1400 CE) and British Museum (mostly before 1400 CE) have very strong international collections. The Metropolitan Museum of Art in New York and Freer Gallery of Art in Washington DC (12,000, all East Asian[3]) have perhaps the best of the many fine collections in the large city museums of the United States. The Corning Museum of Glass, in Corning, New York, has more than 45,000 glass objects. 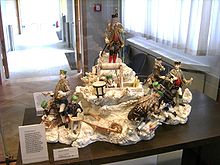 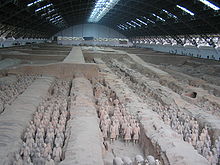 The Terracotta Army on display; view from visitor's gallery. 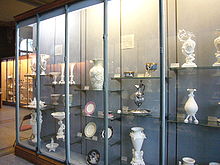 The 19th century building (formerly the Egyptian embassy) of the Tehran National Glass and Ceramics Museum. 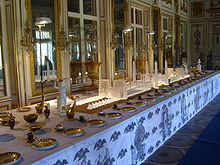 The State Ceramics Museum, Moscow: A dinner service presented by Napoleon to Alexander I of Russia upon signing the Treaties of Tilsit. 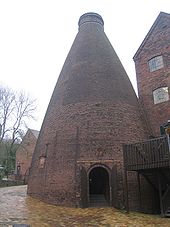 A bottle kiln at the Coalport China Museum.

Many of the historic ceramics manufacturers have museums at or very near their factories, sometimes owned by the company, sometimes independent institutions. Among the more important ones, with large collections, covered in the articles on the concern, are: Meissen porcelain,[4] Nymphenburg Porcelain Manufactory, Doccia porcelain, Royal Worcester,[5] Wedgwood (now independent),[6] Royal Crown Derby and Herend Porcelain.

Some other specialist ceramics museums are (number of pieces are approximate):

in the Czech Republic

in the United Kingdom

in the United States