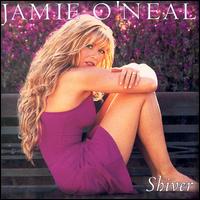 "Shiver" is the debut country album from artist . Released on October 31, 2000, the album reached its peak of #14 on the U.S. chart and #125 on the . The was released through Mercury Nashville Records. A total of five singles were released. Of those five, the first two ("There Is No Arizona" and "When I Think About Angels") managed to reach #1 on the "Billboard" chart.

The album also featured a duet with country singer , who also recorded for Mercury at the time. The track, "I'm Not Gonna Do Anything Without You", was released as a single, and reached #31 on the country charts. The song is also available on Wills' studio album, "Loving Every Minute".

After the release of this album, O'Neal recorded a second album for Mercury, entitled "On My Way to You". Although its lead-off single peaked at #34 in 2003, the album was not released and O'Neal exited Mercury. She then signed to Nashville to release her next album, 2005's "Brave".