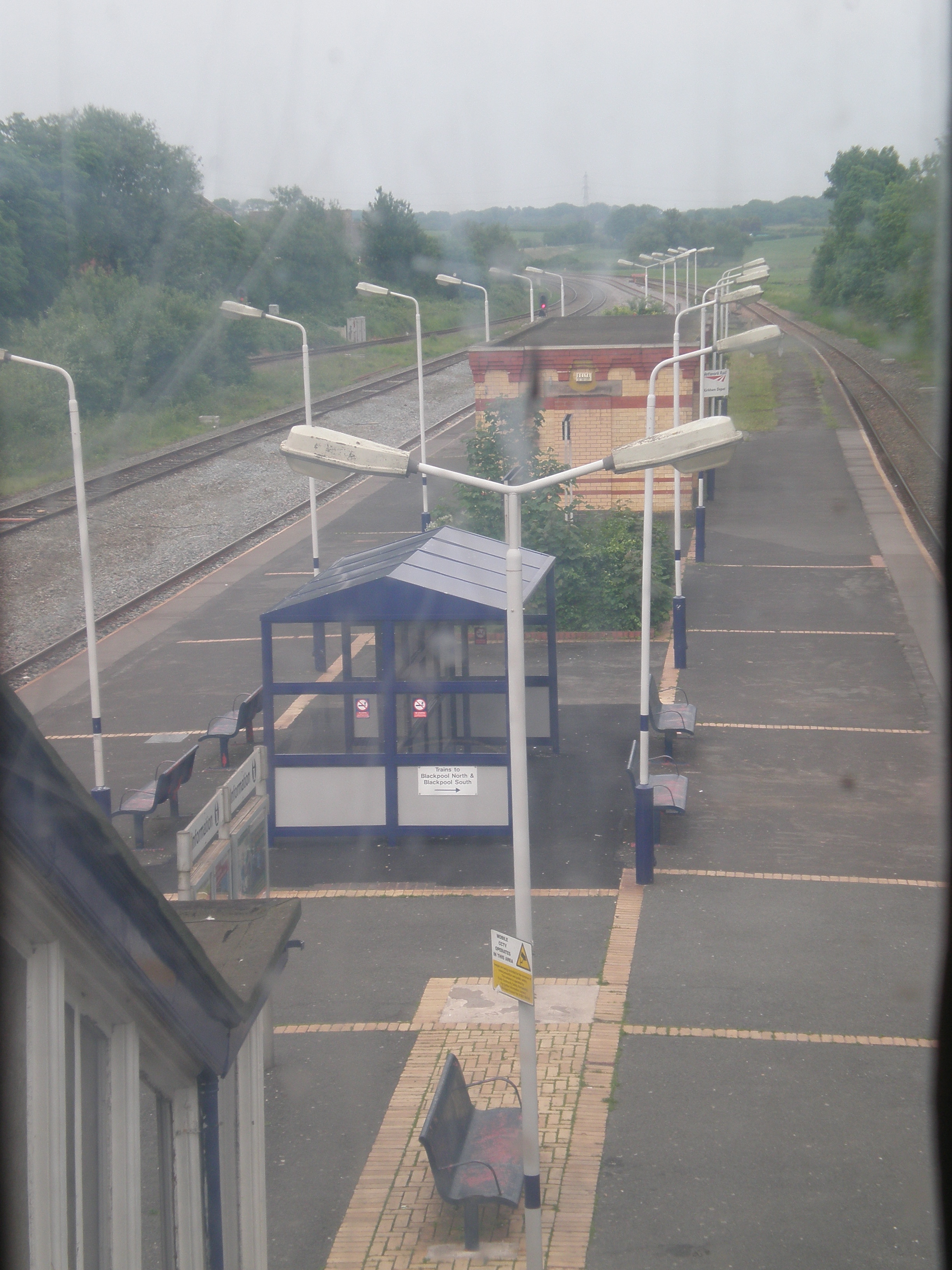 The station, opened in 1844, was originally located to the west of Station Road and named Kirkham Station. It is managed by , who operate most of the passenger services that call there (although some services also serve the station).In 1890, it was rebuilt on the east side of the road and renamed "Kirkham and Wesham" [Hartley, S. (2006) PDFlink| [http://www.lancashire.gov.uk/environment/archaeologyandheritage/historictowns/KirkhamComplete_lowres.pdf "Lancashire Historic Town Survey&mdash;Kirkham"] |7.71 MiB , Lancashire County Council Environment Directorate, accessed 30 October 2007.] .

There are two platforms, and fairly obvious signs of the former size of the station by way of disused sidings and blocked-off tunnels.

The station is served by the hourly stopping trains between Buxton & Blackpool North and also by the Colne to Blackpool South service (also hourly on weekdays). TPE services between Manchester Airport and Blackpool call during peak periods and evenings but not during the day.

On Sundays there is an hourly TPE service to Manchester Airport & Blackpool North and to Blackpool South & Preston (every second hour to Colne) during the summer timetable period (May to early November).