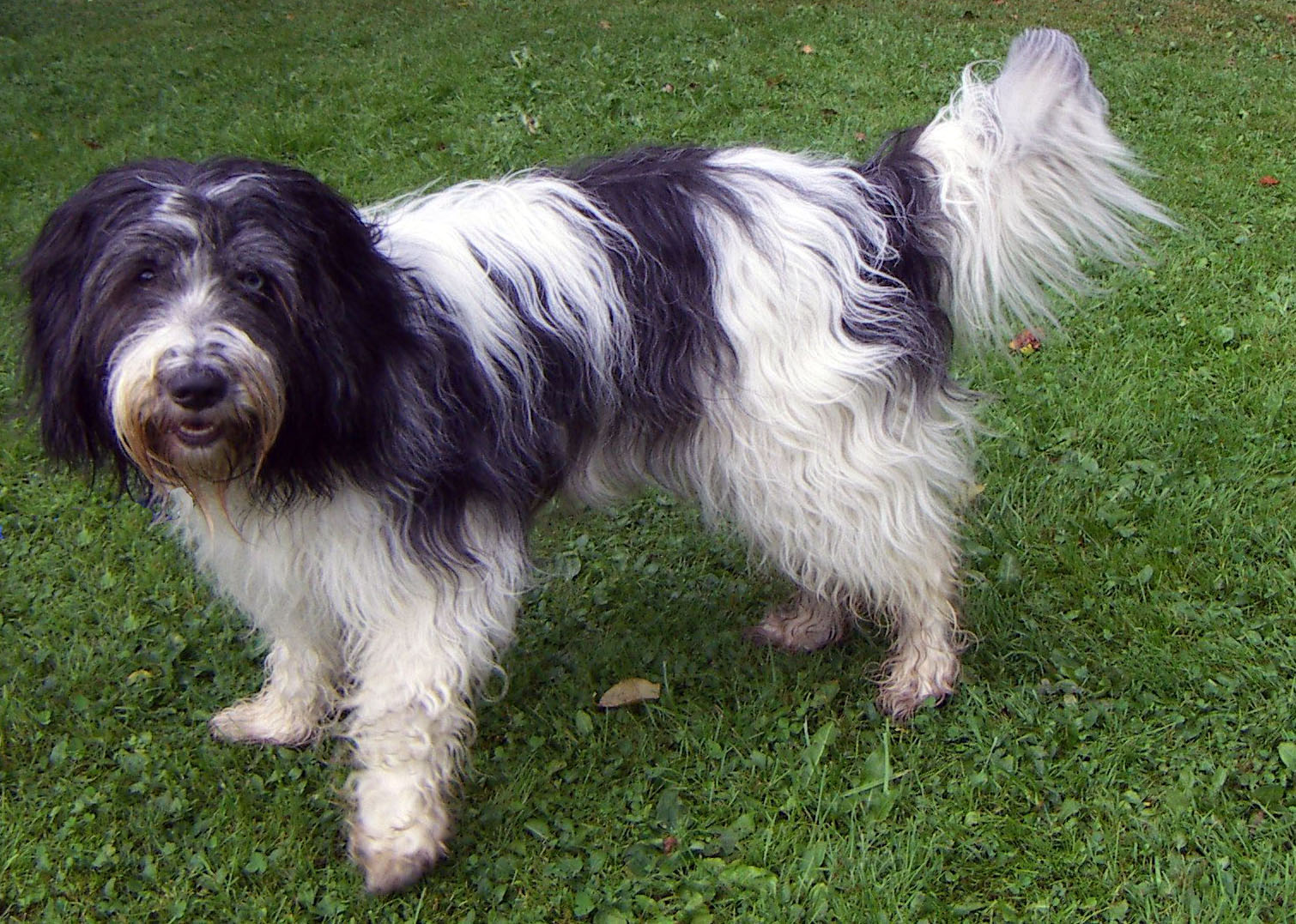 The Schapendoes (pronounced skapendoes) or Dutch Sheepdog, is a breed of originating in the . The Schapendoes was originally a herding dog and general farm dog, but today also participates in dog sports such as agility and flyball.

The Schapendoes descends from a general type of farm and herding dog popular in the province of the Netherlands, and and the , an area of forests and swampland. The dogs there had many names, and were not a specific breed as we use the term today. They were the local working dog, adapted to the people, environment, and types of work needed. They were exhibited in early dog shows (in the 1870s) as "Domestic herding dog".

The dogs almost became extinct during World War II, and the modern day breed descends from the few survivors. The Dutch "Raad van Beheer" (national kennel club) first recognised the breed in 1952, and the first standard was written in 1954. Related breeds are the Bearded Collie, the Puli, the Owczarek Nizinny, the Old English Sheepdog, the Briard, the Bergamasco Shepherd Dog (Cane da pastore Bergamasco) and the Old German Sheepdog (Schafspudel), all of which are small versions of the "mountain type" herding and livestock guardian dogs. [ [http://www.fci.be/uploaded_files/313gb99_en.doc Brief Historical Summary, in the breed standard (DOC file)] ]

The breed was recognised by the in 1971, as breed number 313 in Group 1, Section 1: Sheepdogs. [ [http://www.fci.be/nomenclatures_detail.asp?lang=en&file=group1#1 Group 1, Section 1] ] Exported to the North America, the breed is recognised by the (as Dutch Sheepdog) [ [http://www.ckc.ca/en/Default.aspx?tabid=89 Canadian Kennel Club Breeds] ] and the (USA) in their respective s. The has listed the Schapendoes as part of its , the first step in breed recognition. [ [http://www.akc.org/breeds/schapendoes/ Schapendoes, American Kennel Club] ] In addition it is recognised by numerous minor kennel clubs and internet-based dog registry businesses.

The Schapendoes is a medium sized dog with long, thick fur on the body, legs, tail, and face. Small ears hang down, covered with long fur. The face has a moustache and beard. The coat is of any colour.

The breed standard describes the Schapendoes as friendly, high spirited, and affectionate. He is not a guard dog or aggressively protective, and if properly socialised while young, would most likely make a good family dog, as well as a good dog for active sports. Lively and intelligent dogs must receive regular training and outings. Temperament of individual dogs may vary.

Health problems or claims of exceptional health have not been documented for this breed. Before acquiring a puppy, make sure that sire and dam have all health clearances.