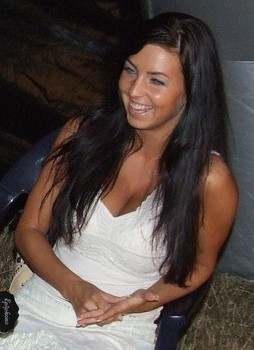 Ewa Sonnet (born , in , Poland) is a Polish and pop . Sonnet is the famous leading model of the Polish Busty models.

After , Sonnet was discovered by a person in the entertainment industry. Sonnet agreed to become a model. In late 2003, Sonnet began to model for the popular Polish web site , a website known in and the . Sonnet posed for pictorials and videos for the site, in which she stripped and, rarely, naked.

In November 2005, Sonnet posed topless for the Polish Magazine. It was Sonnet's first magazine pictorial. In the interview with CKM, Sonnet said that her breasts are all-natural. On , , Sonnet made her first television appearance on "The Kuba Wojewódzki Show" on the channel in Poland. Wojewódzki asked Sonnet when her breasts started to grow fast; Sonnet said that it started in the 4th grade. Sonnet made that appearance on television to promote her new album "".

In January 2006, Ewa began performing concerts throughout Poland. In October 2006, Ewa released her first album, "Nielegalna" ("Illegal"). Since launching her music career, Ewa has received wider recognition and has featured in magazines, on television, and in an interview for in March 2006. [cite website|url=http://rolywholyover.blogspot.com/2006/03/ewa-interview-po-angielsku.html|title=Ewa interview "po angielsku" (... "in English")|author=Brian Kaczynski|date=2006-03-10|accessdate=2006-08-15]