Electra complex: Electra at the Tomb of Agamemnon, by Frederic Leighton, c.1869

In classical psychoanalytic theory, the child’s identification with the same-sex parent is the successful resolution of the Electra complex and of the Oedipus complex; his and her key psychological experience to developing a mature sexual role and identity. Sigmund Freud instead proposed that girls and boys resolved their complexes differently — she via penis envy, he via castration anxiety; and that unsuccessful resolutions might lead to neurosis, paedophilia, and homosexuality. Hence, women and men who are fixated in the Electra and Oedipal stages of their psychosexual development might be considered “father-fixated” and “mother-fixated” as revealed when the mate (sexual partner) resembles the father or the mother.

As a psychoanalytic metaphor for daughter–mother psychosexual conflict, the Electra complex derives from the 5th-century BC Greek mythologic character Electra, who plotted matricidal revenge with Orestes, her brother, against Clytemnestra, their mother, and Aegisthus, their stepfather, for their murder of Agamemnon, their father, (cf. Electra, by Sophocles).[1][2][3] Sigmund Freud developed the female aspects of the sexual development theory — describing the psychodynamics of a girl’s sexual competition with mother for sexual possession of father — as the feminine Oedipus attitude and the negative Oedipus complex;[4] yet it was his collaborator Carl Jung who coined the term Electra complex in 1913.[5][6][7] Freud rejected Jung’s term as psychoanalytically inaccurate: “that what we have said about the Oedipus complex applies with complete strictness to the male child only, and that we are right in rejecting the term ‘Electra complex’, which seeks to emphasize the analogy between the attitude of the two sexes”.[8]

In forming a discreted sexual identity (ego) a girl’s decisive psychosexual experience is the Electra complex — daughter–mother competition for possession of father.[9] It is in the phallic stage (ages 3–6), when children become aware of their bodies, the bodies of other children, and the bodies of their parents that they gratify physical curiosity by undressing and exploring each other and their genitals — the erogenous center — of the phallic stage; thereby learning the physical differences between “male” and “female” and the gender differences between “boy” and “girl”. When a girl’s initial sexual attachment to mother ends upon discovering that she has no penis, she then transfers her libidinal desire (sexual attachment) to father and increases sexual competition with her mother.

The psychodynamic character of the daughter–mother relationship in the Electra complex derives from penis envy, caused by mother, who also caused the girl's castration; however, upon re-aligning her sexual attraction to father (heterosexuality), the girl represses the hostile female competition, for fear of losing the love of her mother. This internalization of “Mother” develops the super-ego as the girl establishes a discrete sexual identity (ego). The girl’s penis envy is rooted in biologic fact, without a penis, she cannot sexually possess mother, as the infantile id demands. Resultantly, the girl redirects her desire for sexual union upon father, and thus progresses to heterosexual femininity, which culminates in bearing a child who replaces the absent penis. Moreover, after the phallic stage, the girl’s psychosexual development includes transferring her primary erogenous zone from the infantile clitoris to the adult vagina. Freud thus considered the feminine Oedipus attitude (“Electra complex”) to be more emotionally intense than the Oedipal conflict of a boy, resulting, potentially, in a woman of submissive, less confident personality.[10]

In both sexes, defense mechanisms provide transitory resolutions of the conflicts between the drives of the Id and the drives of the ego. The first defense mechanism is repression, the blocking of memories, emotional impulses, and ideas from the conscious mind; yet it does not resolve the Id–Ego conflict. The second defense mechanism is identification, by which the child incorporates, to his or her ego, the personality characteristics of the same-sex parent; in so adapting, the girl facilitates identifying with mother, because she understands that, in being females, neither of them possesses a penis, thus are not antagonists.[11] If sexual competition for the opposite-sex parent is unresolved, a phallic-stage fixation might arise, leading a girl to become a woman who continually strives to dominate men (viz. penis envy), either as an unusually seductive woman (high self-esteem) or as an unusually submissive woman (low self-esteem). In a boy, a phallic-stage fixation might lead him to become a vain, over-ambitious man. Therefore, the satisfactory parental handling and resolution of the Electra complex are most important in developing the infantile super-ego, because, by identifying with a parent, the girl internalizes Morality, thereby, she chooses to comply with societal rules, rather being reflexively compelled to comply, for fear of punishment. 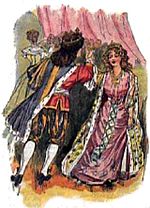 The study of patients at a New York state mental hospital, On the Prognostic Significance of the Mental Content in Manic-Depressive Psychosis (1921), reports that of 31 manic-depressive patients studied, 22 (70%) had been diagnosed as afflicted with an Electra complex; and that 12 of the 22 patients had regressed to early stages of psychosexual development.[12]

Fiction affords people the opportunity to identify with the protagonists of fantastic stories depicting what might be if they could act upon their desires. Often, in aid to promoting social conformity, the myth, story, stage play, or film presents a story meant to frighten people from acting upon and pursuing their desires.[13] In the course of infantile socialization, fairy tales fulfil said function; boys and girls identify with the hero and heroine in the course of their adventures. Often, the travails of hero and heroine are caused by an (evil) stepmother who is envious of him, her, or both, and will obstruct their fulfilling of desire. Girls, especially in the three-to-six year age range, can especially identify with a heroine for whom the love of a prince charming will sate her penis envy. Moreover, stories such as Cinderella have two maternal figures, the stepmother (society) and the fairy godmother; stepmother represents the girl’s feelings towards mother; the fairy godmother teaches the girl that her (step) mother loves her, thus, to have mother’s love, the girl must emulate the good Cinderella, not the wicked stepsisters.[14]

The American poet Sylvia Plath (1932–1963) acknowledged that the poem Daddy (1962) is about a woman, afflicted with an unresolved Electra complex, who conflates her dead father and derelict husband in dealing with having been emotionally abandoned.[15] Her biographers noted a psychologic irony about the life of the poetess Plath: she knew her father for only eight years, before he died; she knew her husband for eight years, before she killed herself. Her husband was her substitute father, psychosexually apparent when she addresses him (the husband) as the “vampire father” haunting her since his death. In conflating father and husband as one man, Sylvia Plath indicates their emotional equality in her life; the unresolved Electra complex.[16]

The debut album of Tool offshoot band A Perfect Circle , Mer de Noms, includes a song, Orestes which is a clear reference to the Electra myth.