This page indexes the individual year in music pages. 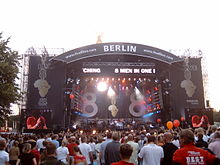