Dessau is a town in Germany on the junction of the rivers Mulde and Elbe, in the Bundesland (Federal State) of Saxony-Anhalt. Since 1 July 2007, it is part of the merged town Dessau-Roßlau. Population of Dessau proper: 77,973 (June 2006).

The river Mulde near Dessau

Dessau is situated on a floodplain where the Mulde flows into the Elbe. This causes yearly floods. The worst flood took place in the year 2002, when the Waldersee district was nearly completely flooded. The south of Dessau touches a well-wooded area called Mosigkauer Heide. The highest elevation is a 110m high former rubbish dump called Scherbelberg in the southwest of Dessau. Dessau is surrounded by numerous parks and palaces that ranks Dessau as one of the greenest towns in Germany.

Dessau was first mentioned in 1213. It became an important centre in 1570, when the principality of Anhalt was founded. Dessau became the capital of this state within the Holy Roman Empire. Anhalt was dissolved In 1603 it was split into four – later five – Anhalts, Dessau becoming the capital of the mini-state of Anhalt-Dessau until 1918. In 1863 two of the noble line died out, and became reunited. 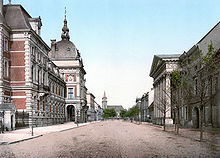 Dessau is famous for its college of architecture Bauhaus. It moved here in 1925 after it had been forced to close in Weimar. Many famous artists were lecturers in Dessau in the following years, among them Walter Gropius, Paul Klee and Wassily Kandinsky. The Nazis forced the closure of the Bauhaus in 1931, and it was not reopened until 1986.

The city was almost completely destroyed by Allied air raids in World War II on March 7, 1945, six weeks before American troops occupied the town. Afterwards it was rebuilt with typical GDR concrete slab architecture (Plattenbau) and became a major industrial centre of East Germany. Since German reunification in 1990 many historic buildings have been restored.

The composer Kurt Weill was born in Dessau. Since 1993 the city has hosted an annual Kurt Weill Festival. Dessau was also the birthplace of the philosopher Moses Mendelssohn (in 1729), and Leopold I, Prince of Anhalt-Dessau (der alte Dessauer), a lauded field marshal for the Kingdom of Prussia.

Since January 7, 2005, Dessau has gained notoriety for the mysterious death of asylum seeker Oury Jalloh from Sierra Leone in his cell at a Dessau police station. According to local police, Jalloh, who was drunk and had been tied to his bed, set his own mattress on fire, causing his own death as he burned alive. A number of contradictions and inconsistencies as well as the disappearance of key evidence such as video tapes have led to allegations that the police and maybe even the local court may have been involved in Jalloh's death and subsequent cover-up efforts. A local court acquitted officers in 2008. In 2010, however, a higher federal court declared that ruling null and void, and ordered a new investigation and trial be launched. 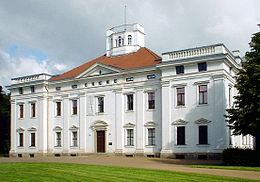 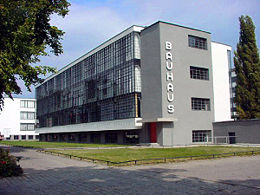 There are several examples of Bauhaus architecture in Dessau, some of them included in the UNESCO World Heritage. The Bauhaus College itself was constructed after drafts by Walter Gropius. 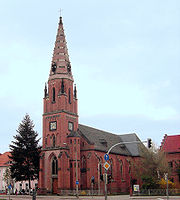 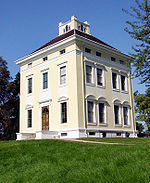 Dessau owns a tramway system with three lines and several buses with numerous lines. The public transport is organized by a company named “DVG”, every year they transport around 6 million people.

Dessau Hauptbahnhof (main station) has connections to Magdeburg, Berlin, Leipzig, Halle, Bitterfeld and Lutherstadt Wittenberg. The line from Berlin was opened on 1 September 1840. The Dessau-Bitterfeld line (opened on 17 August 1857) was electrified in 1911, the first fully electrified long-distance railway in Germany. Dessau was part of the InterCity long distance network until the year 2002. Regional trains also stop at the stations Dessau-Süd, Dessau-Alten, Dessau-Mosigkau and Rodleben. The Dessau-Wörlitzer-Eisenbahn (railway) connects Dessau to Wörlitz, a town situated 15 km to the east, and the Wörlitzer Park. Starting point of this railway is the main station. This train also stops at the stations Dessau-Waldersee and Dessau-Adria.

Bridge of the A9 near Dessau crossing the river Elbe

In 1938 the autobahn A9 (Munich-Berlin) was built southeast of the town area. The two exits to Dessau on the A9 are called "Dessau-Ost" and "Dessau-Süd". Dessau is also crossed by the "Bundesstrassen" (federal roads) B 184 and B 185.

The airfield of Dessau is situated northwest of the town between the districts Kleinkühnau, Alten and Siedlung. A destination with a charter airplane is possible. The runway has a length of 1000m. The Hugo Junkers Technical Museum is situated in the neighbourhood (directly east) of the airfield, which has the eastern end of the modern runway almost directly abutting the historical World War II Junkers factory airstrip's western end.

Today the “Leopoldshafen” (harbour) is used for the annual international motorboat racings. The “Wallwitzhafen” is used as a private sportboat harbour and the “Elbehafen” near the Grain House is used for cruisers. The next harbour for goods is situated in Rosslau.

Dessau, with its flat landscape in the Saxon Lowland is very appropriate for biking. The bike roads have a length of about 146 km and lead to all the parks and sights. 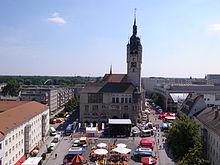 Dessau is part of the EU-URBAN programme. This programme is based on the integrated approach that is used for tackling the environmental, economical and social problems, affecting the deprived urban areas. There are several projects in Dessau sponsored via this subsidy.