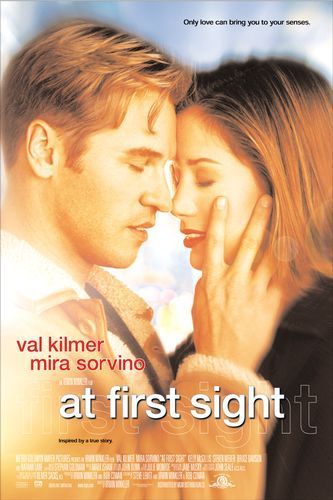 When Amy Benic () takes a break from her work as an architect at a spa, the last thing she expects is to fall in love with one of the workers, Virgil Adamson (). He's everything that she has ever wished for, with only one "problem." He's blind. When researching, Amy comes across Dr. Charles Aaron, a specialist in eye treatment who suggests to Virgil that, with surgery, he could make the Blind Man see. At first Virgil refuses, and is offended, but after moving to Amy's home in New York with her, he agrees to go through with the operation. Nothing works out as either of them hoped. Just because Virgil's eyes can now see, doesn't mean that his brain can, and so he has to learn to see, which puts his and Amy's relationship to the test. Just as Virgil is getting used to seeing the world for the first time, he is informed that he is going blind again.

The film was directed by .

The film currently holds a "rotten" rating on the movie review site , with 36% of people giving it a positive review. The film and its plot are mentioned in the "" episode, "The One with Rachel's Big Kiss". The characters do not speak favorably of it.