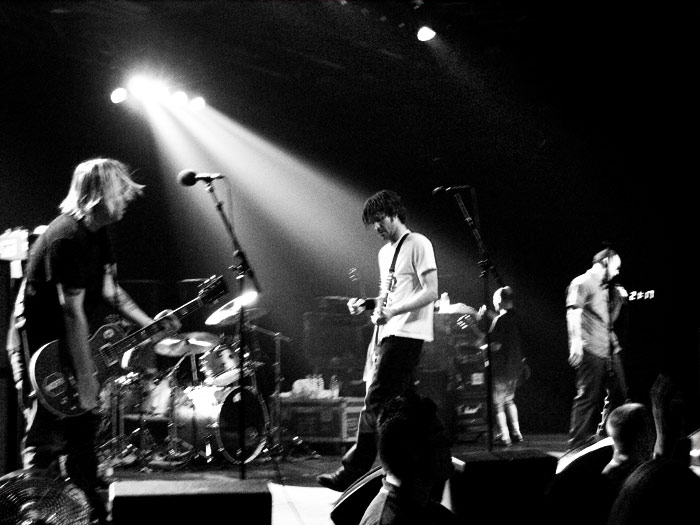 
Bad Religion is an American band, founded in in 1980 by (bass), (vocals), (guitars) and (drums). They are often credited for leading the revival of punk rock during the late 1980s, as well as influencing a large number of other punk and rock musicians throughout their career. In the 28 years since its inception, Bad Religion has had numerous lineup changes, and Graffin has been the only constant member; however, the band currently features three of the original four members.

To date, Bad Religion has released fourteen s, two EPs, three s, one live recording, and two s. Their 1988 album "Suffer" has been regarded by some critics as one of the most important hardcore punk albums of all time,

They are particularly known for their sophisticated use of style, metaphor, vocabulary, imagery, and vocal harmonies (the "oozin' aahs"), whether reflective on matters of personal feelings or of personal or social responsibility.

Bad Religion was formed in in 1980 by high school students (Vocals, keyboards), (bass), (drums), and , also known as "Mr. Brett" (). James O'Hanlon from New York filled in on guitar briefly as well while Brett was in the hospital with a broken leg. The band's major influences stemmed from earlier punk acts such as , , Black Flag, , and . Outside of the punk scene, their influences ranged from , , and to authors like .