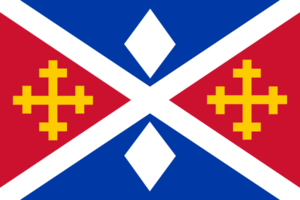 Echt-Susteren was created by merging the former municipalities of Echt and Susteren.

Echt is a former municipality. Echt received city rights in .

Maria-Hoop is a small village in the neighbourhood of the hamlets Echterbosch and Putbroek and the village Koningsbosch. Originally named "Diergaarde", the village's named was changed to Maria-Hoop in 1953, after the local church "Moeder der H. Hoop".

The name of the village of Roosteren (population circa 1600, including Kokkelert and Oevereind) was derived from a combination of the Rode Beek (Red Brook) and the town of Suestra (Susteren) leading to the name Roosteren. The village has two 'castles', the Castle Ter Boch and the Castle Eyckholt and a number of Lord Manors. It is located in between the (Maas River) and the (Juliana Kanaal) with a small part of the village separated from the main population centre by the canal: Oud Roosteren (Old Roosteren). The main church is located in Roosteren whereas the cemetery is located near the site of the former church in Old Roosteren.