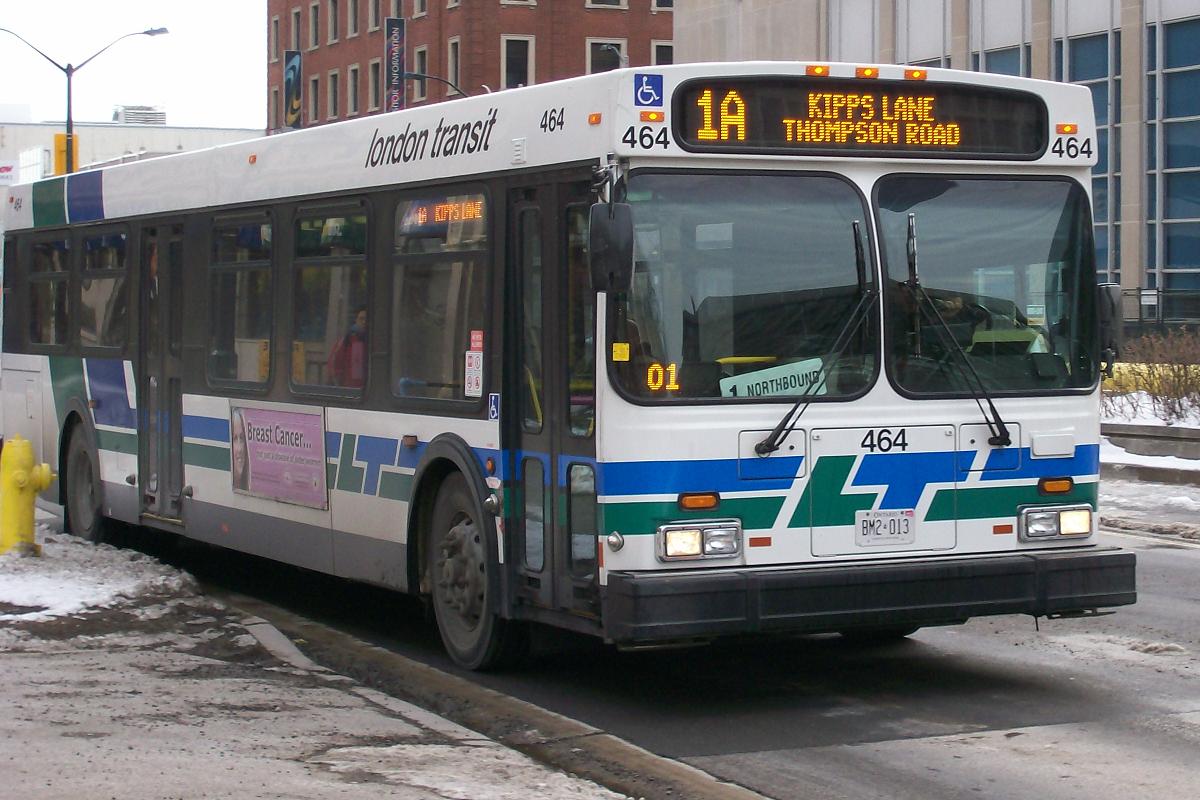 The London Transit Commission (LTC), is responsible for the operation of the system on behalf of the City of , . It serves 20.8 million passengers annually. Currently, the LTC has 35 regular bus routes, plus 3 community bus routes.

London Street Railway Company (LSR) brought public transit to the city with the start of horse drawn streetcar operations in 1875, with electric power being introduced about twenty years later and the conversion to buses being completed in late November 1940 (planned for the end of 1940, but forced by a blizzard that damaged trolley wires). In 1951 the City of London bought LSR and formed the LTC to operate the system. Services have progressed throughout the years, with the intoduction of community bus routes, paratransit services and accessible low floor buses. [ [http://www.londontransit.ca/Pubs/History.pdf London Transit: 130 Years - Past and Present, 1875 - 2005] ]

As of , the LTC has 192 transit buses in its fleet. At one time, London Transit had one of the oldest transit fleets in Ontario, with some buses older than 20 years old. However, with new buses being purchased in recent years, this has changed.

During the week there are over 100 buses on the road, on Sundays only 40 buses are on the road

In addition to these routes, London Transit also operates the following routes that operate only during the school year during weekdays only:

London Transit has been criticized for not having 24 hour bus service, for a city with a population of almost 400,000 people, a large student population, and many different work centres that operate outside of the 6am-12am service schedule. Also there is a push by some to establish a light rail system. Some students of Fanshawe College and the University of Western Ontario, who receive a subsidized bus pass as part of compulsory fees, feel an option to opt out of the bus pass should be available. Fact|date=February 2007