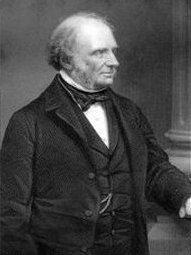 Russell was born into the highest echelons of the British aristocracy. The Russell family had been one of the principal Whig dynasties in England since the 17th century, and were among the richest handful of aristocratic landowning families in the country, but as a younger son of the 6th Duke of Bedford he was not in line to inherit the family estates.

He was educated at and the , which he attended for three years but did not take a degree. [John Prest, "Lord John Russell" (University of South Carolina Press, 1972), 11-13.] He is one of only four university-educated British Prime Ministers to have not attended Oxford or Cambridge (the others being the Earl of Bute, and .)

Russell entered parliament as a Whig in 1813. In 1819, Russell embraced the cause of parliamentary reform, and led the more reformist wing of the Whigs throughout the 1820s. When the Whigs came to power in 1830 in Earl Grey's government, Russell entered the government as , and was soon elevated to the Cabinet. He was one of the principal leaders of the fight for the , earning the nickname Finality John from his complacently pronouncing the Act a final measure. In 1834, when the leader of the Commons, Lord Althorp, succeeded to the peerage as , Russell became the leader of the Whigs in the Commons, a position he maintained for the rest of the decade, until the Whigs fell from power in 1841. In this position, Russell continued to lead the more reformist wing of the Whig party, calling, in particular, for religious freedom, and, as Home Secretary in the late 1830s, played a large role in democratizing the government of British cities (other than ).

In 1845, as leader of the Opposition, Russell came out in favour of repeal of the , forcing Conservative Prime Minister Sir Robert Peel to follow him. When the Conservatives split the next year over this issue, the Whigs returned to power and Russell became Prime Minister. Russell's premiership was frustrating, and, due to party disunity and his own ineffectual leadership, he was unable to get many of the measures he was interested in passed.

Russell's first government coincided with the of the late 1840s. Russell's government also saw conflict with his headstrong Foreign Secretary, Lord Palmerston, whose belligerence and support for continental revolution he found embarrassing. When, without royal approval, Palmerston recognized Napoleon III's coup of 2 December 1851, Palmerston was forced to resign, and the ministry soon collapsed.

After a short-lived minority Conservative government under the Earl of Derby, Russell brought the Whigs into a new coalition government with the Peelite Conservatives, headed by the Peelite Lord Aberdeen. Russell served again as Leader of the House of Commons, and together with Palmerston was instrumental in getting Britain involved in the , against the wishes of the cautious, Russophile Aberdeen. Incompetence in the early stages of the war, however, led to the collapse of the government, and Palmerston formed a new government. Although Russell was initially included, he did not get on well with his former subordinate, and temporarily retired from politics in 1855, focusing on writing.

In 1859, following another short-lived Conservative government, Palmerston and Russell made up their differences, and Russell consented to serve as Foreign Secretary in a new Palmerston cabinet - usually considered the first true Liberal Cabinet. This period was a particularly eventful one in the world outside Britain, seeing the , the , and the 1864 war over between Denmark and the German states. Russell's handling of these crises was not particularly noteworthy, and he was always overshadowed by his more eminent chief. In particular, his attempts to attain British mediation in the American war, which were shot down by the cautious Palmerston, did not improve his position. Russell was elevated to the peerage as Viscount Amberley, of Amberley in the County of Gloucester and of Ardsalla in the County of Meath, and Earl Russell, of Kingston Russell in the County of Dorset, in 1861.

When Palmerston suddenly died in late 1865, Russell again became . His second premiership was short and frustrating, and Russell failed in his great ambition of expanding the franchise - a task that would be left to his Conservative successors, Derby and . In 1866, party disunity again brought down his government, and Russell went into permanent retirement.

He was succeeded as Liberal leader by former Peelite , and was thus the last true Whig to serve as Prime Minister. He may have served as 's model for the character of . An ideal statesman, said Trollope, should have "unblemished, unextinguishable, inexhaustible love of country...But he should also be scrupulous, and, as being scrupulous, weak." [Quoted in Blair G. Kenney, "Trollope's Ideal Statesmen: Plantagenet Palliser and Lord John Russell" in "Nineteenth-Century Fiction", Vol. 20, No. 3. (Dec., 1965), pp. 281-285.]

Among Russell's descendants is the renowned philosopher , his grandson.

The and the democratisation of the government of British cities are partly attributed to his efforts.

He also worked for Catholic emancipation, leading the attack on the Test and Corporation acts, which were repealed in 1828, as well as towards legislation limiting working hours in factories in the 1847 Factory Act, and the Public Health Act of 1848.

His government's approach to dealing with the Irish Potato Famine is now widely condemned as counterproductive, ill-informed and disastrous; however, it has been argued that Russell himself (a "" populist) was sympathetic to the plight of the Irish poor, and that many of his relief proposals were blocked by his cabinet and the British ParliamentFact|date=May 2008.