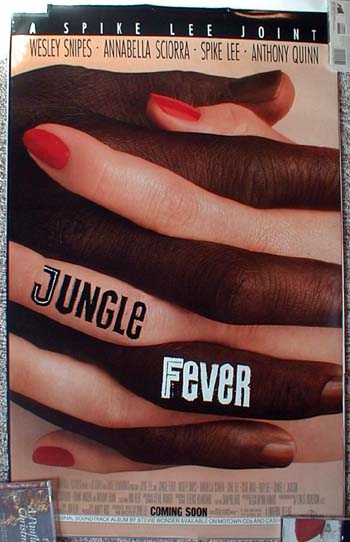 "Jungle Fever" is a 1991 film directed by , starring and . It is Lee's fifth feature length film.

The plot centers on the interracial romance between a successful married , Flipper Purify (Snipes), and an woman, Angie Tucci (Sciorra). The two meet at their workplace in New York, an architectural firm where Purify works and Tucci is hired as a temporary . The lovers come under intense pressure from their friends and family as a result of their relationship. The title of the film refers to the sexual attraction of white people to black people.

A subplot considers the problems of drug abuse, with Flipper's brother Gator () a crack addict.

The film is notable as the screen debut of , who would later become the first African American winner of the for "". It was also 's screen debut.