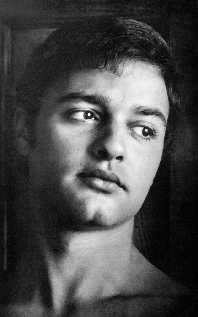 Salvatore "Sal" Mineo, Jr. (, – , ) was a -winning American and , best known for his Academy Award-nominated performance opposite in the film "".

Mineo, born in , the son of Sicilian coffin makers, was enrolled by his mother in dancing and acting school at an early age.

After film and television appearances, his breakthrough was "Rebel Without A Cause", in which he played John "Plato" Crawford, the sensitive teenager smitten with Jim Stark (played by ). His performance resulted in an Academy Award nomination for best supporting actor, and his popularity quickly skyrocketed. Mineo's biographer, Paul Jeffers, recounted that Mineo received thousands of fan letters from young female admirers, was mobbed by them at public appearances and further wrote, "He dated the most beautiful women in and ." [cite book
last = Jeffers
first = Paul
authorlink = Paul Jeffers
title = Sal Mineo: His Life, Murder, and Mystery
publisher =
location = New York
date = 2000
pages =
doi =
isbn = 0786707771 ]

Mineo played a Mexican boy in "Giant" (1956), but many of his subsequent roles were variations of his role in "Rebel Without a Cause", and he was typecast as a troubled teen.

In his book, "Multiculturalism And The Mouse: Race and Sex in Disney Entertainment" (2006), Douglas Brode states that the very casting of Mineo as White Bull again "ensured a subtext". By the late 1950s the actor was a major celebrity, sometimes referred to as the "Switchblade Kid" - a nickname he earned from his role as a criminal in the movie "Crime in the Streets".

In 1957, Mineo made a brief foray into music by recording a handful of songs and an album. Two of his singles reached the Top 40 pop charts.

Meanwhile, Mineo made an effort to break his . His acting ability and exotic good looks earned him not only roles as a Native American boy in "Tonka", but also as a ish emigrant in 's "Exodus", for which he received another Academy Award nomination as Best Supporting Actor.

By the early 1960s, he was getting too old to play the types that had made him famous and for a variety of reasons was not considered appropriate for leading roles. He auditioned for 's film "Lawrence of Arabia" but was not hired. Mineo was baffled by his sudden loss of popularity, later saying "One minute it seemed I had more movie offers than I could handle, the next, no one wanted me."

His role as a stalker in "Who Killed Teddy Bear?", co-starring , did not seem to help. Although his performance was praised by critics, he found himself typecast anew, now as a deranged criminal. (He never entirely escaped this; one of his last roles was a guest spot on the 1975 TV series "S.W.A.T." playing a -like leader.) He returned to the stage to produce the 1971 gay-themed"" (which starred ). Theplay got positive reviews in Los Angeles, but was panned during a run in New York and its expanded prison scene was criticized as excessive and gratuitous. A small role in "" (1971) as would be Mineo's last movie appearance.

By 1976 Mineo's career was turning around.

According to Warren Johansson and William A. Percy's "Outing: Shattering the Conspiracy of Silence", he was murdered under circumstances that suggested "a homosexual motive". Mineo identified himself as in a 1972 interview, published after his death, but his biography notes that he dated men exclusively in the last years of his life.

A pizza deliveryman, Lionel Ray Williams, was sentenced to 57 years in prison for killing Mineo and committing 10 robberies in the same vicinity. [Citation
last = Los Angeles Times
first =
title = Actor Sal Mineo Is Stabbed to Death
url=http://articles.latimes.com/2006/feb/12/local/me-a2anniversary12
accessdate = 2008-07-20 ] Although there was considerable confusion relating to what witnesses had seen in the darkness the night Mineo was murdered, it was later that prison guards reportedly overheard Williams admitting to the crime. Williams claimed he had no idea who Mineo was. Williams was d in the early 1990s, but was soon jailed again for criminal activity.

Mineo's career included involvement with . On , he portrayed the Page (lip-synching to the voice of Carol Jones) in the Opera Theatre's production of "'Salome" (in English translation), set to 's play. performed the title role, and conducted 's production.

Sal Mineo was the model for 's painting "". The painting is currently part of 's permanent collection, [Citation
last = Mann
first = Ted
title = The New Adam
url=http://www.guggenheimcollection.org/site/artist_work_md_200612_1.html
accessdate = 2008-07-20 ] and is considered "one of the great American nudes".