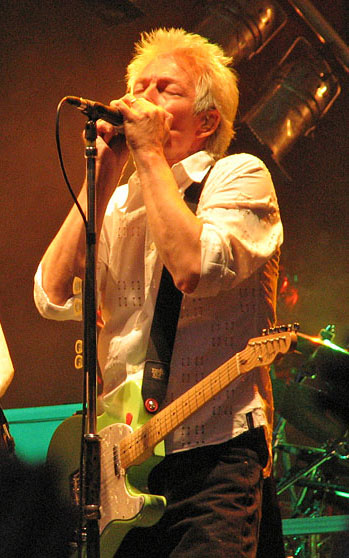 Andy Bown (born Andrew Steven Bown, , in , , ) is an English , who has specialised in keyboards and .

Bown's first major band was The Herd, along with . After The Herd dissolved he continued playing bass for Frampton in the 1970s. He started playing keyboards for in 1973 as a , first appearing on their "Hello!" in that year. He is also associated with the band Judas Jump, but joined Status Quo as a full member in 1976.

More notably, he was the bass player in the "Surrogate Band" during in 1980 and 1981. He also did some keyboards for 's "" album. Andy Bown also played on and 12-string guitar during the recording of ' solo album "" in 1984. He didn't take part in the subsequent Waters' tours, though.

He still plays keyboards, and with Status Quo to this day, and is an integral part of the band, having co-penned many well known Quo s on various studio albums, most prominently collaborating with on the group's 1979 hit "Whatever You Want". He also has admitted to being 'The worst drummer in the world'.