The term childhood is non-specific and can imply a varying range of years in human development. Developmentally, it refers to the period between infancy and adulthood. In common terms, childhood is considered to start from birth. Some consider that childhood, as a concept of play and innocence, ends at adolescence. In many countries, there is an age of majority when childhood officially ends and a person legally becomes an adult. The age ranges anywhere from 13 to 21, with 18 being the most common.

Middle childhood begins at around age seven or eight, approximating primary school age and ends around puberty, which typically marks the beginning of adolescence.

Adolescence, or late childhood[citation needed], is usually determined by the onset of puberty. However, puberty may also begin in preadolescents. The end of adolescence and the beginning of adulthood varies by country and by function, and even within a single nation-state or culture there may be different ages at which an individual is considered to be (chronologically and the legally) mature enough to be entrusted by society with certain tasks. 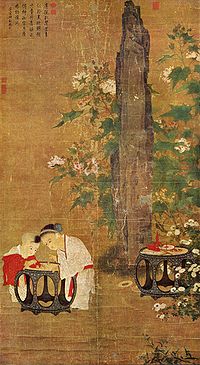 It has been argued that childhood is not a natural phenomenon but a creation of society. Philippe Ariès, an important French medievalist and historian, pointed this out in his book Centuries of Childhood. This theme was then taken up by Cunningham in his book the Invention of Childhood (2006) which looks at the historical aspects of childhood from the Middle Ages to what he refers to as the Post War Period of the 1950s, 1960s and 1970s.

Ariès published a study in 1961 of paintings, gravestones, furniture, and school records. He found that before the 17th-century, children were represented as mini-adults. Since then historians have increasingly researched childhood in past times. Before Ariès, George Boas had published The Cult of Childhood.

During the Renaissance, artistic depictions of children increased dramatically in Europe. This did not impact the social attitude to children much, however—see the article on child labour.

The man usually credited with - or accused of - creating the modern notion of childhood is Jean Jacques Rousseau. Building on the ideas of John Locke and other 17th-century liberal thinkers, Rousseau formulated childhood as a brief period of sanctuary before people encounter the perils and hardships of adulthood. "Why rob these innocents of the joys which pass so quickly," Rousseau pleaded. "Why fill with bitterness the fleeting early days of childhood, days which will no more return for them than for you?"

The Victorian Era has been described as a source of the modern institution of childhood. Ironically, the Industrial Revolution during this era led to an increase in child labour, but due to the campaigning of the Evangelicals, and efforts of author Charles Dickens and others, child labour was gradually reduced and halted in England via the Factory Acts of 1802-1878. The Victorians concomitantly emphasized the role of the family and the sanctity of the child, and broadly speaking, this attitude has remained dominant in Western societies since then.[original research?]

In the contemporary era Joe L. Kincheloe and Shirley R. Steinberg have constructed a critical theory of childhood and childhood education that they have labeled kinderculture. Kincheloe and Steinberg make use of multiple research and theoretical discourses (the bricolage) to study childhood from diverse perspectives—historiography, ethnography, cognitive research, media studies, cultural studies, political economic analysis, hermeneutics, semiotics, content analysis, etc. Based on this multiperspectival inquiry, Kincheloe and Steinberg contend that new times have ushered in a new era of childhood. Evidence of this dramatic cultural change is omnipresent, but many individuals in the late 20th century and early 21st century have not yet noticed it. When Steinberg and Kincheloe wrote the first edition of Kinderculture: The Corporate Construction of Childhood in 1997 (second edition, 2004) many people who made their living studying, teaching, or caring for children were not yet aware of the nature of the changes in childhood that they encountered daily.

In the domains of psychology, education, and to a lesser degree sociology and cultural studies few observers before kinderculture had studied the ways that the information explosion so characteristic of our contemporary era (hyperreality) had operated to undermine traditional notions of childhood and change the terrain of childhood education. Those who have shaped, directed and employed contemporary information technology have played an exaggerated role in the reformulation of childhood. Of course, information technology alone, Kincheloe and Steinberg maintain, has not produced a new era of childhood. Obviously, numerous social, cultural, and political economic factors have operated to produce such changes. The central purpose of kinderculture is to socially, culturally, politically, and economically situate the changing historical status of childhood and to specifically interroge the ways diverse media have helped construct what Kincheloe and Steinberg call "the new childhood." Kinderculture understands that childhood is an ever-changing social and historical artifact—not simply a biological entity. Because many psychologists have argued that childhood is a natural phase of growing up, of becoming an adult, Kincheloe and Steinberg coming from an educational context saw kinderculture as a corrective to such a "psychologization" of childhood.

The geographies of childhood involves how (adult) society perceives the very idea of childhood and the many ways the attitudes and behaviors of adults affects children's lives. This includes ideas about the surrounding environment of children and its related implications. This is similar in some respects to children's geographies which examines the places and spaces in which children live.

The concept of childhood appears to evolve and change shape as lifestyles change and adult expectations alter. Some believe that children should not have any worries and should not have to work; life should be happy and trouble-free. Childhood is usually a mixture of happiness, wonder, angst and resilience. It is generally a time of playing, learning, socializing, exploring, and worrying in a world without much adult interference, aside from parents. It is a time of learning about responsibilities without having to deal with adult responsibilities.

Childhood is often retrospectively viewed as a time of innocence, which is generally viewed as a positive term, connoting an optimistic view of the world, in particular one where the lack of knowledge stems from a lack of wrongdoing, whereas greater knowledge comes from doing wrong. A "loss of innocence" is a common concept, and is often seen as an integral part of coming of age. It is usually thought of as an experience or period in a child's life that widens their awareness of evil, pain or the world around them. This theme is demonstrated in the novels To Kill a Mockingbird and Lord of the Flies. The fictional character Peter Pan was the embodiment of a childhood that never ends.

Nature Deficit Disorder, a term coined by Richard Louv in his 2005 book Last Child in the Woods, refers to the alleged trend in the United States[2] that children are spending less time outdoors,[3] resulting in a wide range of behavioral problems.[4] With the advent of the computer, video games and television, children have more reasons to stay inside rather than outdoors exploring. “The average American child spends 44 hours a week with electronic media”.[5] Parents are also keeping children indoors in order to protect them from their growing fear of “stranger danger”.[5] Recent research has drawn a further contrast between the declining number of National Park visits in the United States and increasing consumption of electronic media by children.[6] 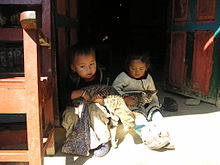 It is through play that children at a very early age engage and interact in the world around them. Play allows children to create and explore a world they can master, conquering their fears while practicing adult roles, sometimes in conjunction with other children or adult caregivers.[7] Undirected play allows children to learn how to work in groups, to share, to negotiate, to resolve conflicts, and to learn self-advocacy skills. However, when play is controlled by adults, children acquiesce to adult rules and concerns and lose some of the benefits play offers them, particularly in developing creativity, leadership, and group skills.[7]

Play is considered to be so important to optimal child development that it has been recognized by the United Nations High Commission for Human Rights as a right of every child.[8] Children who are being raised in a hurried and pressured style may limit the protective benefits they would gain from child-driven play.[7]

Children's street culture refers to the cumulative culture created by young children and is sometimes referred to as their secret world. It is most common in children between the ages of seven and twelve. It is strongest in urban working class industrial districts where children are traditionally free to play out in the streets for long periods without supervision. It is invented and largely sustained by children themselves with little adult interference.

Young children's street culture usually takes place on quiet backstreets and pavements, and along routes that venture out into local parks, playgrounds, scrub and wasteland, and to local shops. It often imposes imaginative status on certain sections of the urban realm (local buildings, kerbs, street objects, etc.). Children designate specific areas that serve as informal meeting and relaxation places (see: Sobel, 2001). An urban area that looks faceless or neglected to an adult may have deep 'spirit of place' meanings in to children. Since the advent of indoor distractions such as video games, and television, concerns have been expressed about the vitality - or even the survival - of children's street culture.

In recent years there has been a rapid growth of interest in the sociological study of adulthood. Reaching on a large body of contemporary sociological and anthropological research, people have developed key links between the study of childhood and social theory, exploring its historical, political, and cultural dimensions in Ethiopia.