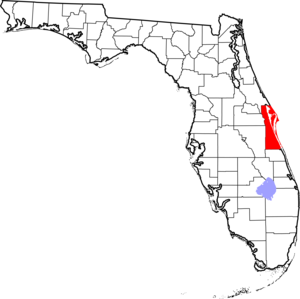 The Titusville Police Department (TPD) is the police force with the primary responsibility of public safety and the enforcement of state laws and county/ municipal ordinances in the city of Titusville, .

The Titusville Police Department, headed by the Chief of Police, is organized into three divisions: the Operations Division, the Professional Standards Division, and the Administrative and Support Services Division. Operations, the largest of the three, is headed by the Assistant Chief, while one commander each supervises the other two divisions. [http://www.titusville.com/SectionIndex.asp?SectionID=7]

The Operations division is further divided into Patrol Administration, Special Services Section, and the Investigations Section.

(Sworn LEO's and LEO positions are shown in boldface.)

TPD has a fleet of over 70 vehicles, including marked and unmarked patrol cars (most of which are Chevrolet Impalas), undercover vehicles, sport utility vehicles, Community Service Officer vehicles, motorcycles, ATVs, golf carts, a crime scene truck, a SWAT truck, and many other vehicles necessary for responding to the multitude of different calls for service it receives.

TPD has a newsletter, called the "TPD Shield", which it uses to communicate with the community as a crime prevention tool. This awareness-raising publication is paid for by at no cost to the taxpayer.

Law enforcement is, by its nature, a very dangerous job. Although TPD has always rigorously trained its officers, there is no way to completely eliminate the risk. Thus, there have been two TPD officers who have died while serving their agency and community.

Officer Jack Henry Schnell, ID 716, was killed on New Year's Eve 1982. While he was on motor DUI patrol, a drunk driver pulled out in front of Officer Schnell's motor, causing a collision which threw him from the motorcycle, and he landed on his head. Later, in the hospital, Officer Schnell died of the severe head injuries he sustained. Being an officer involved crash, the incident was investigated not by TPD but by the . State Troopers charged the driver with DUI/Manslaughter, of which he was convicted and sentenced to 25 years in prison. At the time of the , Officer Schnell was 35 years old and had served TPD for 14 years.

Officer Stephen Franklin House, ID 726, was shot and killed on February 15, 1989. Officer House was conducting a building search with the emergency response team. During this operation, the suspect was taken into custody, but his father ran to a bedroom, in which he barricaded himself. When Officer House attempted to make entry, the man began to fire at him, resulting in Officer House receiving a fatal gunshot wound. The gunman was charged with , but he was acquitted and released. At the time of the , Officer House was 36 years old and had served TPD for 7 years.