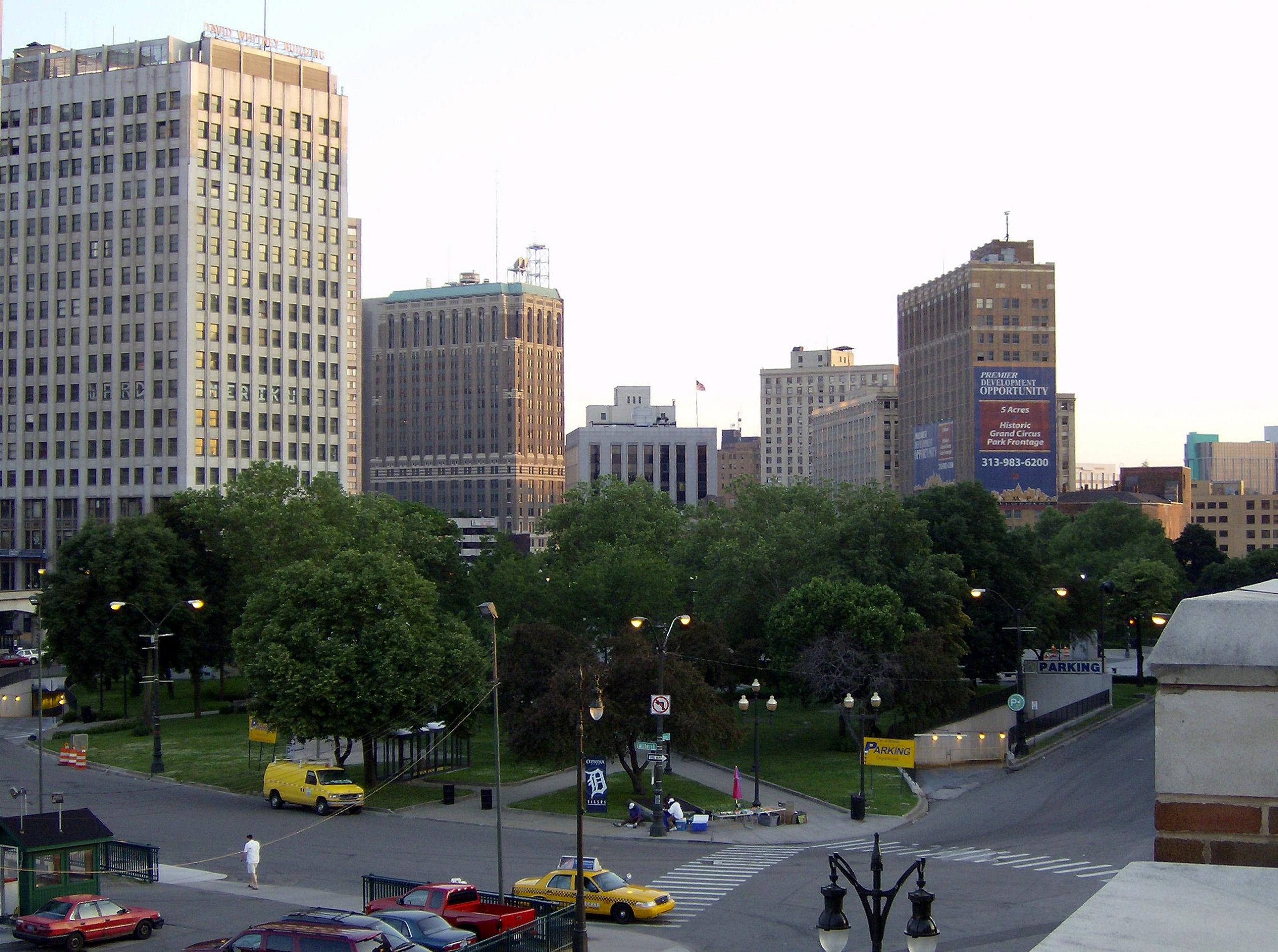 Grand Circus Park Historic District contains the five acre Grand Circus Park in downtown Detroit, that connects the theatre district with its financial center. It is bisected by Woodward Avenue, four blocks north of , and is roughly bounded by Clifford, John R. and Adams Streets. The building at 25 W. Elizabeth was added to the district in 2000.

A part of 's plan to rebuild the city after the fire of , The city established the park in . The faces Grand Circus Park. The grounds include antique statuary and old-fashioned water fountains. Near this historic site, General delivered a eulogy for thousands gathered to mourn the death of President . Architect designed the " Memorial Fountain" (1921) in Grand Circus Park. Bacon's other projects include the "" (1915-1922) in Washington, DC. The " Memorial Fountain" contains a classic Roman figure symbolizing Michigan by American sculptor Daniel French who sculpted "" inside the "".

Among the notable buildings encircling the park are the and on the south, , former , and on the north, and and on the East. The western edge of the park was formerly home to the now demolished Statler Hotel and . Because many of the buildings that surround the park are abandoned, the area has been sometimes referred to as a "skyscraper graveyard". In 1996 in his book "American Ruins" suggested that 12 blocks around the park be turned into a ruins theme park, "I propose that as a tonic for our imagination, as a call for renewal, as a place within our national memory, a dozen city blocks of pre-Depression skyscrapers be stabilized and left standing as ruins: an American Acropolis. We could transform the nearly 100 troubled buildings into a grand national park of play and wonder". Thanks in part to the new downtown stadium and the general revival of the downtown the fortunes of these skyscrapers are brighter, as many undergoing or are planned for renovation.

*Cite book | author=Sobocinski, Melanie Grunow | title= Detroit and Rome: building on the past | publisher=Regents of the University of Michigan| year=2005 | id=ISBN 0933691092