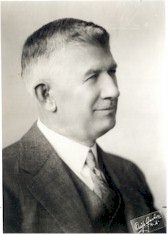 George Ashley Campbell (, &ndash; , ) was a pioneer in developing and applying quantitative mathematical methods to the problems of long-distance telegraphy and telephony. His most important contributions were to the theory and implementation of the use of s and the first wave filters designed to what was to become known as the image method. Both these areas of work resulted in important economic advantages for the Company (AT&T).

In 1897 Campbell went to work for AT&T in Boston. He developed a method for transmitting analog telephony over much greater distances than had previously been possible by the insertion of s into the line at carefully calculated intervals to increase the . Engineer also patented a similar system and AT&T paid Pupin a very large sum for his patents, so that development would continue without a legal battle. In fact, neither man was the first to suggest the idea of loading coils, that credit goes to in a 1887 article ["The Electrician", 1887 and reproduced (according to Brittain) in Heaviside, O, "Electromagnetic Theory", p112] . Heaviside, however, never patented the idea; indeed, he took no commercial advantage of any of his brilliant work. [Bray, p53] Despite the rather arcane legal activities surrounding this, it is unquestionable that Campbell was the first to actually construct a telephone circuit using loading coils. [Brittain p56]

Campbell was aware of Heaviside's work in discovering the , [Heaviside, O, "Electrical Papers", vol 1, pp 139&ndash;140, Boston, 1925.] in which the specification for distortionless transmission of signals is formulated, but apparently was not aware of Heaviside's suggestion of using loading coils to force a line to meet it. Campbell initially attacked the problem from a completely different basis. Campbell was tasked by AT&T to investigate the possibility of improving line quality with the use of iron-copper bimetallic cable invented by John S. Stone, [Stone, M S, "Electric Circuit", US patent 0 578 275, filed 10 September 1896, issued 2 March 1897.] another AT&T engineer. This cable of Stone's would similarly increase line inductance and had the potential to meet the Heaviside condition. However, Campbell was struggling to set up a practical demonstration over a real telephone route with the budget he had been allocated. After considering that his artificial line simulators used lumped components rather than the distributed quantities found in a real line, he wondered if he could not insert the inductance with lumped components instead of using Stone's distributed line. When his calculations showed that the manholes on telephone routes were sufficiently close together to be able to insert the loading coils without the expense of either having to dig up the route or lay in new cables he changed to this new plan. [Brittain, pp 42&ndash;45] The very first demonstration of loading coils on a telephone cable was on a 46-mile length of the so-called Pittsburgh cable (the test was actually in Boston, the cable had previously been used for testing in Pittsburgh) on September 6, 1899 carried out by Campbell himself and his assistant. [Brittain, pp 43&ndash;44] The first telephone cable using loaded lines put into public service was between Jamaica Plains and West Newton in Boston on May 18, 1900. [Brittain p45]

AT&T fought a legal battle with Pupin over his claim. Pupin was first to patent but Campbell had already conducted practical demonstrations before Pupin had even filed his patent (December 1899), [Pupin, M I, "Art of Reducing Attenuation of Electrical Waves and Apparatus Therefore", US patent 0 652 230, filed 14th December 1899, issued 19th June 1900.] Campbell's delay in filing being due to the slow internal machinations of AT&T. [Brittain, p44] The claim Pupin makes in his autobiography [Pupin, M I, "From Immigrant to Inventor", pp 330&ndash;331, Charles Schribner & Sons, 1924] that he had previously thought of the idea while climbing a mountain in 1894 [Pupin does have a patent from 1894 which is sometimes mistakenly quoted as his loading coil patent but it involves series capacitors rather than inductors and they are not distributed along the line. This would have precisely the opposite effect to loading coils, as pointed out by the editor of "Electrical World", vol 24, p97, 1894.] [Pupin, M I, US patent 0 519 347, "Transformer for Telegraphic, Telephonic, or Other Electrical Systems", issued 8th May 1894.] is widely doubted [Brittain, pp 36, 48&ndash;50] [Brittain, p37, quoting a letter Behrend to Searle] [Brittain, p37, quoting a letter Searle to Behrend, 1931] and there is no evidence for this either documentary or in the subsequent activities of Pupin and his students. However, AT&T foolishly deleted from Campbell's proposed patent application all the tables and graphs detailing the exact value of inductance that would be required before the patent was submitted. [Brittain pp 44&ndash;45] Since Pupin's patent contained a (less accurate) formula, AT&T was open to claims of incomplete disclosure. Fearing that there was a risk that the battle would end with the invention being declared unpatentable, they decided to buy an option on Pupin's patent for a yearly fee so that AT&T would control both patents. By January 1901 Pupin had been paid $200,000 and by 1917, when the AT&T monopoly ended and payments ceased, he had received a total of $455,000. [Brittain, p54, p55 (footnote), p57]

The invention was of enormous value to AT&T. Telephone cables could now be used to twice the distance previously possible, or alternatively, a cable of half the previous quality (and cost) could be used over the same distance. When considering whether to allow Campbell to go ahead with the demonstration, their engineers had estimated that they stood to save $700,000 in new installation costs in New York and New Jersey alone. [Brittain, p45] It has been estimated that AT&T saved $100 million in the first quarter of the 20th century. [Brittain, p36] [Shaw, T & Fondiller, W, "Developments and Applications of Loading for Telephone Circuits", "Transactions of the American Institute of Electrical Engineers", vol 45, pp 291&ndash;292, 1926.] Heaviside, who began it all, came away with nothing. He was offered a token payment but would not accept, wanting the credit for his work. He remarked ironically that if his prior publication had been admitted it would "interfere . . . with the flow of dollars in the proper direction . . .". [Brittain quoting Heaviside letter to Behrend, 1918.]

One of the important results of the work on loading coils was that the loading caused a cut-off at a definite in the line response, whose value could be predicted with a knowledge of the line and coil . An unloaded line had no such behavior, the simply steadily increased with frequency. This behavior, and the lumped element networks being used to create artificial lines for test purposes, suggested to Campbell a possible topology for a filter with similar characteristics. [Brittain, p56]

This work on filtering was begun in 1910. Using a ladder network of inductors and capacitors in appropriate configurations he produced , and filters. These filters could be designed to pass frequencies in any specified range and reject those in other ranges. This class of filter was later to be dubbed the by working for AT&T in New York. [Bray, p62]

The sharpness of transition from the to the , and the depth of rejection in the stopband were determined by the number of sections in the ladder. If a tighter specification was required for the filter, all that was necessary was to add more inductors and capacitors to the ladder in exactly the same circuit configuration as those for a less stringent specification. [Bray, p62]

The purpose of filtering a telephone channel so precisely was that AT&T were attempting to use the same wires for many telephone conversations simultaneously using the technique of (FDM) and it was important for reasons of privacy, as well as intelligibility, that there was no between the channels. Filters were also required to separate out the various conversations at the far end of the cable. Initially, a passband of 200 Hz to 2.5 kHz was used for the voice , but soon the (ITU) established the world standard of 300 Hz to 3.4 kHz with 4 kHz spacing between channels. [Bray, p62]

These filter designs, which Zobel was later to improve upon, were of great economic value to AT&T. The ability to send multiple conversations over the same wires resulted in very substantial savings in cable installation costs. The modulation system used () and the ITU standard remained the primary method of telephone service distribution until it began to be supplanted by digital techniques from the 1980s onwards. [Bray, pp 62&ndash;64]

*Bray, J, "Innovation and the Communications Revolution", Institute of Electrical Engineers, 2002.
*James E. Brittain, "The Introduction of the Loading Coil: George A. Campbell and Michael I. Pupin", "Technology and Culture", Vol. 11, No. 1 (Jan., 1970), pp. 36&ndash;57, The Johns Hopkins University Press on behalf of the Society for the History of Technology.
*Heaviside, O, "Electrical Papers", American Mathematical Society Bookstore, 1970 (reprint from 1892).