:"This is about the film actor. For similarly named performers, see ".Infobox actor
name = William Campbell 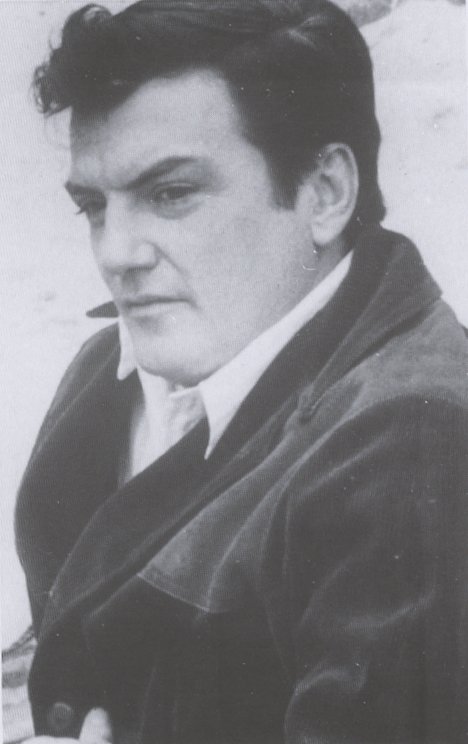 William Campbell (born , in ) is an American . He has appeared in supporting roles in major productions, but also starred in several low-budget s, including two horror films.

His movie career began in 1950, with a small part in the film, "The Breaking Point". After several years of similar supporting performances in a variety of titles, including as a co-pilot in 's "" (1954), he snagged his first starring role in "Cell 2455 Death Row" (1955), a prison cheapie. He played a inmate, based loosely on the true story of , who staunchly proclaimed his innocence and obtained numerous reprieves over many years until finally being executed. Campbell's surprisingly powerful performance received generally good notices from critics, but it did very little for his career; his next several roles were again providing support to lead actors, including "Love Me Tender" (1956) (in which he sang with ) and the film version of 's "" (1958).

In 1958, Campbell co-starred in "Cannonball", a short-lived about truck drivers. After that, it was back to more years of small parts in increasingly lower grade movies.

In 1963, Campbell started a brief association with , starring in the director's "The Young Racers" that year. The auto-racing themed movie, written by Campbell's brother R. Wright Campbell, was shot in Ireland. After production was completed, the film's sound man, , talked Corman into allowing Coppola to remain in Ireland with a small crew and direct a low-budget horror film, to be produced by Corman. Coppola promised it would be the cheapest film Corman was ever involved in. Shot for approximately $40,000, the resultant film, "" (1963), is an atmospheric and violent horror thriller clearly made in imitation of "Psycho". Campbell starred as a moody loner who at one point becomes the chief suspect in a series of gruesome axe killings; and led the supporting cast. Many years later, Campbell would provide an informative and amusing for the film's release.

Campbell also starred in another, even cheaper and more bizarre, Corman-produced horror yarn. Filmed in 1963 in under the title "Operacija Ticijan", again with Magee in the cast, the movie was never released in its original form, although it was re-edited, re dubbed and briefly shown on television as "Portrait in Terror". Years later, additional footage was shot in California, first by , then by , transforming what was once a spy thriller into the story of a stalking the streets of . The film was retitled "", although it is also known as "Track of the Vampire", and received a limited theatrical release in 1966. Campbell plays an artist who kills women and hides their bodies in his sculptures; he is also a vampire who can freely walk during the daylight in search of victims. However, the fanged vampire is confusingly played by another actor who does not resemble Campbell in the least. Like "Dementia 13", the film has managed to develop a cult following despite its deficiencies. In the early 1990s, "" magazine devoted lengthy articles in three separate issues painstakingly detailing the convoluted production history of this strange but fascinating movie.

Campbell has also obtained cult status for his guest starring roles on "", appearing once as the mischievous super-being (in part a parody of , whom Campbell resembled), and three times as the Captain . He appeared at several "Trek" conventions in the 1980s and 1990s and many Star Trek fans consider Campbell's portrayal of the Trelane character as the first introduction of the "Q culture" to the series. [The Q are an omnipotent race made part of The Next Generation series] . His most recent appearance was at the convention organized by as the in August 2006.