The Harvest (Doctor Who audio)

The Harvest (Doctor Who audio) 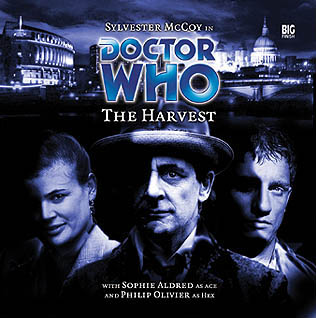 "The Harvest" is a audio drama based on the long-running British "". It introduces new companion Hex. It was retroactively made the final part of a trilogy with "The Reaping" and "The Gathering", with all three sporting similar designs for their covers.

Thomas Hector Schofield (or "Hex" as he prefers to be called) is a nurse at St Gart's Hospital, where things are getting a little strange. The new hire, an attractive girl who insists on being called "McShane", is asking too many questions, and unexplained deaths are happening. What exactly is the mysterious C-Project… and why does McShane seem to be living in a in Totter's Lane?