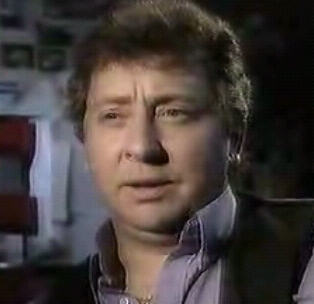 For many years, he was lead writer and story consultant for "". Jordan had written for the programme since 1989, and is considered to be an 'elder statesman' of the show,Fact|date=May 2007 for which he has written over 250 episodes .

Beginning his career as a market stallholder &mdash; an experience which later directly fed into his writing for "EastEnders", which is set around such a market &mdash; Jordan only began writing at the age of thirty-two. He had left school with no qualifications. For his work in "EastEnders", he is particularly known for creating the Slater family along with then producer, . Amongst significant episodes he scripted are those featuring the deaths of and ; the "" storyline; and more recently Kat's revelation to Zoe that she was her mother, and the Andy-Kat-Alfie love triangle. He was the first writer to do "EastEnders" when it began airing three times a week, when the siege at the Queen Vic took place in in 1994. He continued to work on "EastEnders" through a period which saw a reversal in its hitherto declining fortunes, with the programme winning the Most Popular Soap category at the in 2005. He wrote the first two episodes (aired October 24th & 25th 2005) for the return of the characters of Phil and Grant Mitchell, popular characters he had originally helped to create back in 1989.

While on staff at "EastEnders" Jordan undertook a number of freelance projects. In early 2004, he created hit BBC One con artist drama "Hustle". He also co-created the / police drama "Life on Mars", which began in 2006.

In 2004, it was announced that he was working with the television division of , the company owned by , to develop a gritty American soap similar in style to "EastEnders".

In January 2007 Jordan's "EastEnders" departure was announced. He plans to concentrate on running his own new production company, , backed by leading independent producer Kudos Film & Television. "", a new BBC One police drama, spun-off from the channel's successful medical drama "" debuted in May 2007.ref|guardian1Red Planet Pictures projects include Jordan's version of the Nativity titled "Once In Royal David's City" and a primetime drama for the BBC titled "The Ministry".

His latest creation was the groundbreaking linked shows of "Moving Wallpaper and "Echo Beach" for ITV 1.

Jordan is in the middle of creating a new Teen Drama for the BBC, "", Jordan is hoping to base the show on ; it is rumoured to be being fronted by . The show will be based around a group of five 17-18 year old friends living in Chelsea, each with a dark secret. It is set to air in Autumn, with an 8 episode first series.

On , , Jordan was honoured for his work on "EastEnders" at the British Soap Awards with a Special Achievement award, which were televised on .

On , it was announced that Jordan would be returning to "EastEnders" less than twelve months after quitting to write one final episode. [cite news|url=http://www.digitalspy.co.uk/soaps/a79836/tony-jordan-returns-to-enders-script-team.html|title='Tony Jordan' returns to 'EastEnders'|publisher=|date=|accessdate=2007-11-14]

Jordan subsequently wrote the script for 's moving single-handed episode broadcast on on .

In 2008 he is working on new series of "Hustle","Moving Wallpaper" and zombie drama "Renaissance" starring Kelly Brook and Alan Dale.As Head of Red Planet Pictures he is also creating new formats for the UK and US markets.