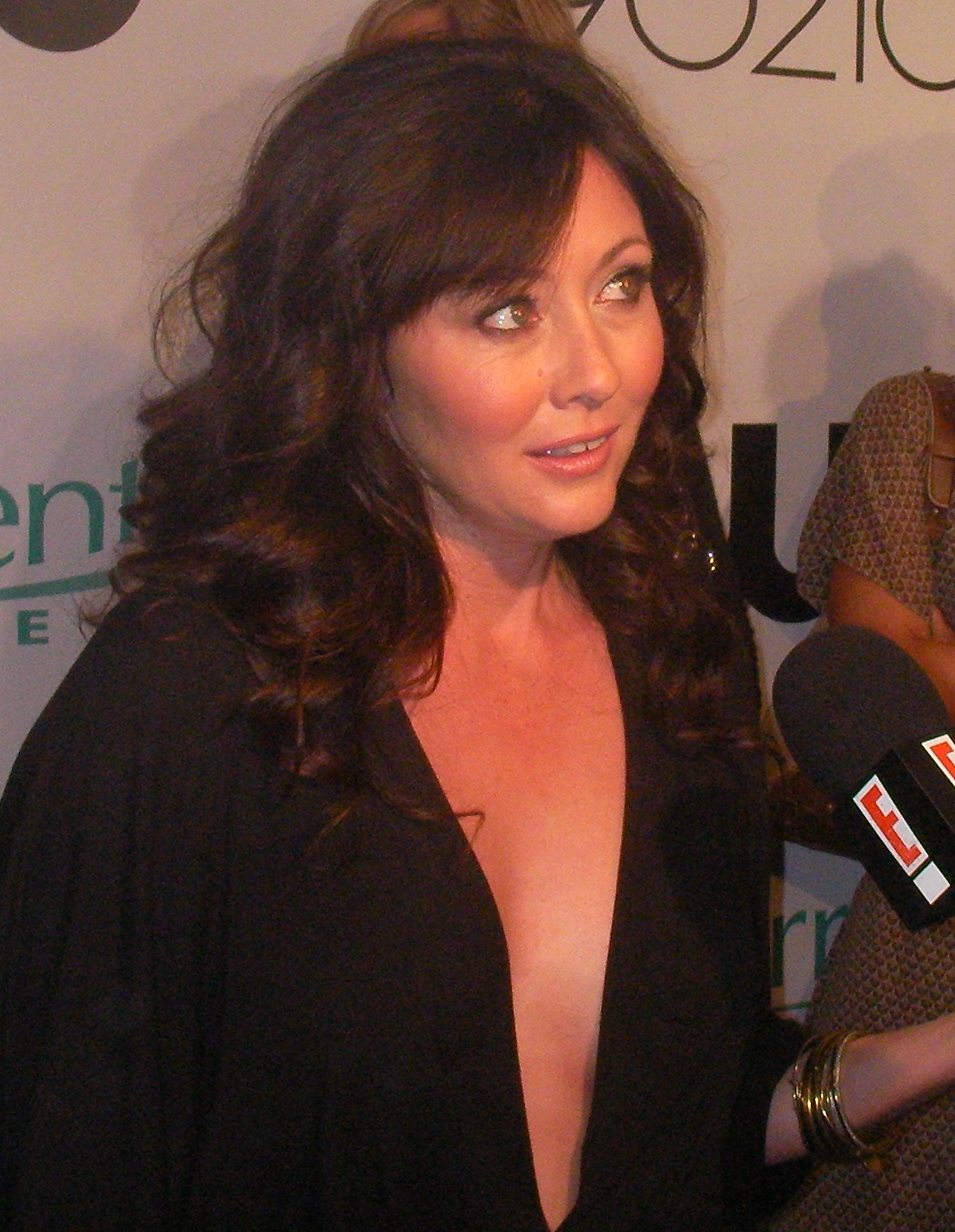 Doherty was born in , and she immediately announced that she wanted to be an actress.

In an interview in the December 2006 issue of "Glamour", she said:

Success began early, with guest spots on TV series including "", "" and "" starting in 1981. When a casting notice was released in for a regular role on the popular "Little House on the Prairie" she leapt at the opportunity and eventually won the role of Jenny Wilder at the age of eleven, thanks in part to actor/producer seeing her guest spot on "Father Murphy", which he also produced.

Doherty was cast as the oldest Witherspoon sibling, Kris, on the family drama "Our House", which ran from 1986 to 1988. A role which garnered her several nominations.

Doherty's breakout role came when she was cast to star as in the -produced TV series "" in 1990. In 1991 and 1992 her portrayal of Brenda earned her a Young Artist Award nomination for Best Young Actress Starring in a Television Series. In 2004, placed Brenda at number ten on their list of the "50 Most Wicked Women of Prime Time".

While the character's absence was originally described as only being for a year, she never actually returned, despite being mentioned from time to time during the show's remaining seasons. She was replaced with former "" star , who played bad girl character . Her departure from the series was reportedly acrimonious, however, and her career afterward was somewhat spotty, marked for the most part by s. There were a few bright spots, though, particularly a lead role in 's 1995 film "".

In 1998, Spelling cast her in another TV series, "", in which she played lead character , the oldest of three sisters who discover they are es, along with occasionally directing some of the episodes. At the end of the third season, Doherty left the show in 2001, resulting in her character's death, and the introduction of 's replacement lead character . Reportedly, the reason for her departure was because of tensions between Doherty and co-star . [citeweb|title=The Witching Hour|author=Shawna Malcom|url=http://www.geocities.com/Hollywood/4616/tvg0825.html|publisher=""|accessdate=2008-09-07] Though she had left the show long before it ended, she continued to own five percent of the rights to the series.

Doherty was also twice nominated for the , Best Genre TV Actress for her portrayal of the character Prue, in 1999 and 2000 respectively. [citeweb|url=http://www.imdb.com/name/nm0001147/awards|title=IMDb: Shannen Doherty - Awards|publisher=""|accessdate=2008-07-31] In 2007, named Prue Halliwell the 9th greatest in television history. [citeweb|url=http://television.aol.com/photos/tv-witches|title=AOL - Top TV Witches|publisher=""|accessdate=2008-07-31]

Two years after her departure from "Charmed", Doherty hosted the candid camera show "" during its initial season. It is unsure why she left the show. Doherty's hosting position was given to for the season two cycle, however the series stopped production in 2006 after the second season's end. After a three and a half year hiatus, the series returned in July 2008 with host . [citeweb|url=http://www.scifi.com/scaretactics/|title=Scare Tactics official site|accessdate=2008-07-31|publisher=""] After her stint on "Scare Tactics" Doherty, in a return to her prime-time soap roots, starred as a regular on the short-lived TV series "North Shore". She starred as Alexandra Hudson from 2004 - 2005. Later in 2005, Doherty was cast in the new TV comedy "Love Inc." Although she filmed the original pilot, she was dropped from the show just months before its debut.

Doherty later went on to produce and star in her own reality show, "Breaking Up With Shannen Doherty", which premiered on the Oxygen network in 2006. In the show Doherty goes around doing "dirty work" for members of the public, including dumping boyfriends or telling people what their friends really think about them. The show was canceled after one season due to a small audience. She also starred in the popular British sitcom "", a program of brain child . In the show, she plays herself, being randomly harassed by (Francis) who claims they are lovers. The show aired in October 2006 on the British , and she appeared in several episodes.

In 2007, Doherty appeared in two television projects. First up was the pilot "Kiss Me Deadly: A Jacob Keane Assignment" for the network, and then the holiday picture "" for . That same year Doherty also set up a production company called "No Apologies" where she’s developing a TV-drama for herself. In 2007 Doherty was also ranked as number 96 on ""'s list of the "100 Greatest Television Icons".

Doherty also has an upcoming role in the ’s adventure film, "The Lost Treasure of the Grand Canyon" as Susan Jordan opposite and Bianca Owens. The film is currently in post-production and is set for a 2008/2009 premiere on the cable network. She is also in the process of pitching a new television show to networks.