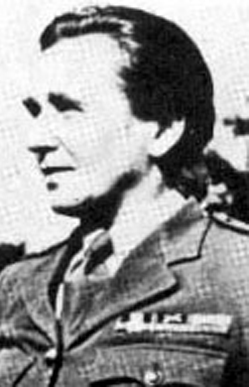 Wanda was a soldier in Piłsudski's Polish Legions from 1914 until 1916, and later in the , where she was commander of a Volunteer Women's Battalion in .

After the start of the , she participated in the defense of during the Polish Defensive War of 1939. In 1939 she became a member of the SZP (Polish Victory Service), then of the ZWZ-AK.

In 1942-1944 she organised and was commander of the "DYSK" (an for "Dywersja i Sabotaż Kobiet" or "Women's sabotage unit"). After the until 1945, she was a prisoner of war in the POW camps at Lamsdorf, Muhlberg, , Molsdorf and . After the liberation by the , she joined the and stayed there until her death.

She died on November 10, 1958 in London and her ashes were transported to Poland and buried in Warsaw.