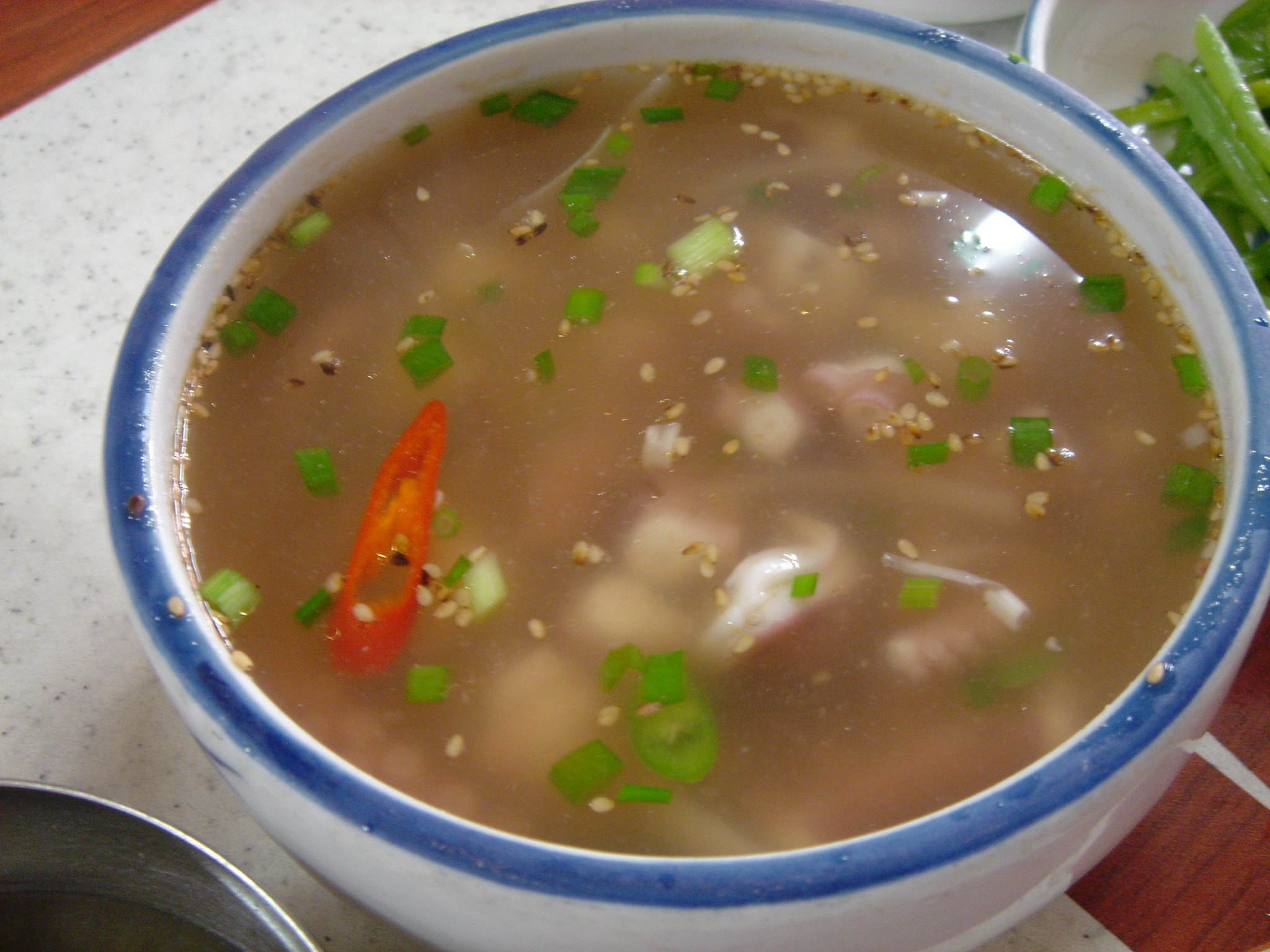 "Yeonpotang" is a variety of "" (Korean soup) which has a clear broth usually made with small and vegetables such as and . It is a local specialty of . The broth is made by boiling in water. After boiling, the kombu is taken out and a whole octopus is inserted into the broth. Once the octopus is cooked, it is removed from the pot and cut into bite-sized pieces. The broth is seasoned with salt, minced galic, sliced scallions, sesame oil, and seasame seeds, and is boiled together with the slices of octopus. [cite web|url=http://map.encyber.com/search_w/ctdetail.php?masterno=828750&contentno=828750 |title=낙지연포탕|publisher= |language=Korean]