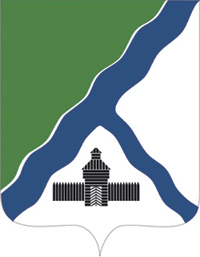 The migration of Russians in the territory of modern began in the end of the seventeenth century and the beginning of the eighteenth century. The people were usual for all the colonization: fugitive peasants who escaped from excessive pressure of Peter I regime, fugitive criminals ("raskolniki"), people free for various reasons ("volnitsa") like hunters for furs attracted by the richness of Siberian woods and others, searching for freedom ("volya") and wishing to settle in these places ("see ").

By 1715, the Berd river basin was populated significantly for those ages. The risk of incursions of nomads from the south made them demand building a fortress for defence from the district authorities.

In 1716, an expedition left Tomsk and came to the place between Ob river and its confluent Berd. The construction was lead by , a captive Pole, who settled in Russia, became a serviceman and went to Siberia. The "Berd ostróg" (in Russian Бердский острог, Berd fortress) was built in the angle between the two rivers. It was protected by the rivers and precipitous banks from two sides and by a dense forest on the third side. The Ob river valley was observed well too from the height of the banks.

The very date of 1716 is discussed though. Some researches point to earlier mentions of this fortress. Besides, in this place there was a "duty road" (ясачная дорога, "yasáchnaya doróga") that led to Kuznetsk (nowadays ) town yet in the middle of the . This place could be ideal for a settlement, and some proofs are given by this version supporters. According to them, the fact that in maps of 1710 there was no settlement in place of Berdsk ostrog could mean that it had been destroyed by nomads.

A description of 1734 reads: "There is one wall in arc between Ob and Berd, of cleaned logs with sharp tops, 3 sazhen high (6.39 m/21'). In front of the wall there is a ditch with water and some defensive devices. By the ends of the wall there are observation towers. All the buildings are inside of the ostrog: living houses, the church, the chief's house, the court house, barns and the garrison. The troop consists of local cossacs having guns, there is one small cannon."

Besides the settled Russians who had to farm to live, the state encouraged the servicemen to farm too. They cultivated the land not far from the fortress, constructing temporary houses and farmsteads (in Russian called заи́мки "zaímkas").

In 1730 the (road) passed here, giving an impulse to the development of trade and crafts.

In the beginning of the nineteenth century in Berdsk area were found grains of gold washed there from the upper course of Berd, in particular from some sourses at , in 200 km from there. The discovery lead to searches and mining of gold in those places.

By the beginning of twentieth century Berdsk became a major center of grain processing, refining grain from the upper Ob basin, which nowadays is south of and . The industry was highly developed and possessed advanced technologies.

As an example, a mill of a merchant V. A. Gorokhov was a real factory of grain processing, one of the most advanced enterprises in : given an advanced equipment as in the , it could operate ninety tonnes of grain in a day, producing flour of several s. The flour was packed into special labelled bags and sold in all the Siberia, exported into the European Russia and even to the Western Europe. Gorokhov undertook expeditions to trade flour via where his met English merchants. In 1909, Gorokhov's mill won a minor gold medal at the in . His enterprise was highly developed not only technically and economically, but also socially: the community of the mill personnel lived in a quarter of good and clean houses. They were not only paid well and given gifts for holidays, but also Gorokhov kept a house of culture with stage and professional actors, a library and a well-equipped technical school, to teach all the skills needed to work at the mill, including towboat navigation.

The full mobilization during the and the civil war after the revolution heavily struck the town: its population diminished by 1/3. During the civil was it was a place of military command and administrative centre of and also a place of strong resistance of underground communists. The following collectivisation was another serious strike, given that the only kind of farmers in Siberia were private independend owners. Even if not many were subjected to repression, the radical change of the relationships ended the role of Siberia as an agricultural exporter.

Because of the construction of the Novosibirsk hydroelectric powerstation, the main part of the town turned out to be in the zone of flooding of the Ob Sea. In several years before the filling of the water reservoir in 1957&ndash;1958, the town was evacuated and rebuilt around that part near the railroad station. The state provided financial aid to inhabitants. There are no historic buildings left in Berdsk, the oldest were built by 1915 for the station, the town streets form straight rectangles. Though, they are wider than were before, and also the rebuilding doubled the average living space per capita.

The town is situated on the left bank of Berdsk gulf, the flooded valley of Berd river, the land is plain. There are fields to the south of the town and a pine forest of about 20 km² to the West, between Berdsk and the "Ob sea".

The list of the cities closes to Berdsk (name of the region if outside of ; distance to the center directly/by automobile road; direction)

About one third of the town square are private one-floor small houses. They have only cold water, electricity and wired radio. Another third consists of quarters of municipal houses or recently built commercial. Some quarters possess cable TV networks and computer s.

The road "M52" passes through Berdsk connecting Novosibirsk with , and . Thanks to it, 15-20 minutes are enough to reach Akademgorodok and about 1 hour to main part of Novosibirsk. The daily commuter traffic to workplaces in the latter two places is significant.

Inside of the town there is a network of municipal and private buses routes, including intercity routes to Novosibirsk and . In the central part of Berdsk is situated the railway station with branch lines connecting some local enterprises. The station serves local "elektrichkas" and transit long distance trains to Altai and .

River passenger or cargo traffic is only private and negligible, though there is a yacht-club and a pier for sand carrying barges.

Berdsk has two palaces of culture: one in the central district and another one in the Mikrorayon microdistrict. There are three stadiums, five sports schools, a musical school, a museum of history and culture, a park, and a yacht club.

Students normally enroll in public school at age seven and graduate eleven years later. Classes are about 40 minutes long. The school day begins about 8:00 and ends between 12:00 and 14:00 depending upon the age of the student.Many students augment their public school education by attending private specialized schools after the public school day is complete. Such schools may offer additional training in language, art, or technology. School no.7 (shown in the photo) is one of the smaller schools. It is the location of a Russian-American Summer School. This three week program is taught by volunteer teachers from the United States, public school no.7 and the Terra Lingua Language School