Delhi Cantonment (popularly referred to as Delhi Cantt) is one of the three statutory towns that make up the National Capital Territory of Delhi. Its population according to the 2001 Census was 124,452. It is managed by the Delhi Cantonment Board, which along with statutory bodies, the Delhi Municipal Corporation (DMC), and the New Delhi Municipal Council (NDMC) overlook the state.[1]

There is a railway station within the cantonment, Delhi Cantonment Railway Station, from where trains depart for various parts of the country. 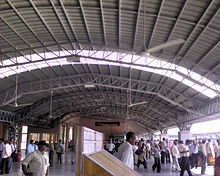 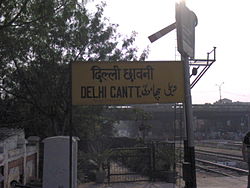 Delhi Cantonment falls near Janakpuri area of New Delhi in the southwest district All the four major transport modes are easily accessible to the residents of nearby regions. Other nearby areas include the airport, Dwarka, Dhaula Kuan, Tilak Nagar, Vasant Vihar, Naraina, Janak Puri, Rajouri Garden, R K Puram, Shanti Niketan and Westend. Delhi Airport is within 5 kilometres from Delhi Cantonment. Delhi Cantt. itself has a huge railway station. All the trains plying from Delhi towards Rajasthan or Gujarat do stop here. This region is also served by the Janakpuri/ Tilak Nagar metro station under Delhi Metro. There are also DTC buses plying to different parts of Delhi and NCR.