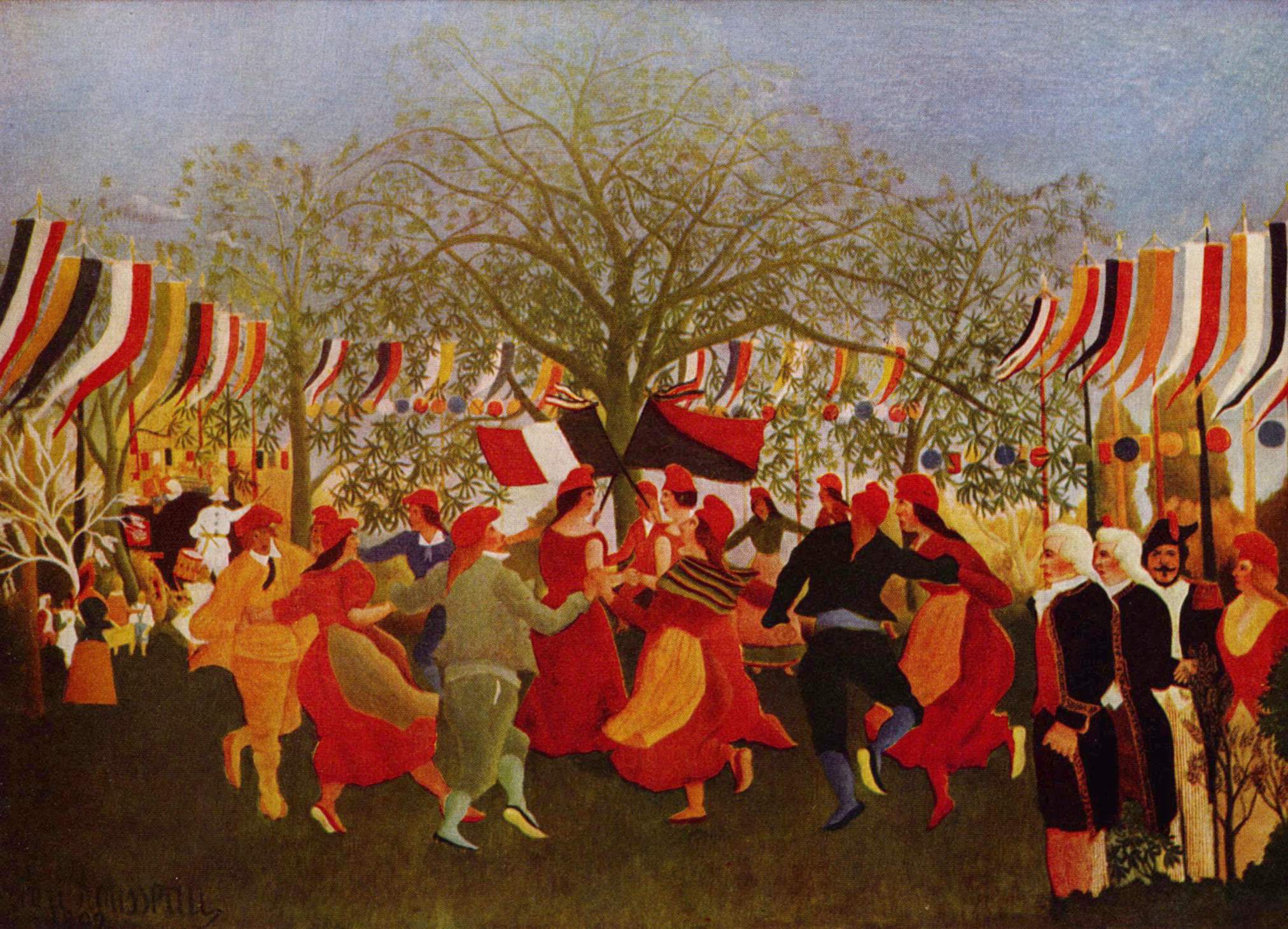 Post-Impressionism is the term coined by the British artist and in 1910 to describe the development of French art since Manet. Post-Impressionists extended while rejecting its limitations: they continued using vivid colours, thick application of paint, distinctive brushstrokes and real-life subject matter, but they were more inclined to emphasize geometric forms, to distort form for expressive effect, and to use unnatural or arbitrary colour.

The Post-Impressionists were dissatisfied with the triviality of subject matter and the loss of structure in Impressionist paintings, though they did not agree on the way forward. and his followers concerned themselves with , the systematic use of tiny dots of colour. set out to restore a sense of order and structure to painting, to "make of Impressionism something solid and durable, like the art of the museums". ["Impressionism", 1973, p. 222.] He achieved this by reducing objects to their basic shapes while retaining the bright fresh colours of Impressionism. The Impressionist experimented with Neo-Impressionist ideas between the mid 1880s and the early 1890s. Discontented with what he referred to as romantic Impressionism, he investigated which he called scientific Impressionism before returning to a purer in the last decade of his life. [Cogniat, 1975, pp. 69–72.] used colour and vibrant swirling brush strokes to convey his feelings and his state of mind. Although they often exhibited together, Post-Impressionist artists were not in agreement concerning a cohesive movement. Younger painters during the 1890s and early 20th century worked in geographically disparate regions and in various stylistic categories, such as and .

The term was coined in 1910 by in the title of an exhibition of modern French painters, organized by Fry in London. Most of the artists in the exhibition were younger than the Impressionists. Fry later explained: "For purposes of convenience, it was necessary to give these artists a name, and I chose, as being the vaguest and most non-committal, the name of Post-Impressionism. This merely stated their position in time relatively to the Impressionist movement." [Gowing, p. 804.] , one of the first professional art historians to focus on the birth of early modern art, limited the scope to the years between 1886 and 1892 in his pioneering publication on "Post-Impressionism: From Van Gogh to Gauguin" (1956): Rewald considered it to continue his "History of Impressionism" (1946), and pointed out that a "subsequent volume dedicated to the second half of the post-impressionist period" [Rewald 1978, p. 9.] —"Post-Impressionism: From Gauguin to Matisse"—was to follow, extending the period covered to other artistic movements derived from Impressionism and confined to the late 19th and early 20th centuries. Rewald focused on outstanding early Post-Impressionists active in France: on , , , Redon, and their relations as well as the artistic circles they frequented (or they were in opposition to):
* : ridiculed by contemporary art critics as well as artists as ; Seurat and Signac would have preferred other terms: for example
* : a short-lived term introduced in 1888 by the art critic , was to promote the work of , and was later also applied to contemporary works of his friend
* : another short-lived term coined in 1889 to distinguish recent works of Gauguin and Bernard from that of more traditional Impressionists exhibiting with them at the Café Volpini.
* : implying little more than that the artists involved had been working for a while in Pont-Aven or elsewhere in Brittany.
* Symbolism: a term highly welcomed by vanguard critics in 1891, when Gauguin dropped Synthetism as soon as he was acclaimed to be the leader of Symbolism in painting. Furthermore, in his introduction to Post-Impressionism, Rewald opted for a second volume featuring , "le Douanier", and as well as the Fauves, the young and Gauguin's last trip to the South-Sea; it was to expand the period covered at least into the first decade of the 20th century—yet this second volume remained unfinished.

Rewald wrote that "the term 'Post-Impressionism' is not a very precise one, though a very convenient one." Convenient, when the term is by definition limited to French visual arts derived from Impressionism since 1886. Rewald's approach to historical data was narrative rather than analytic, and beyond this point he believed it would be sufficient to "let the sources speak for themselves." [Rewald 1978, p. 9.]

Rival terms like or Symbolism were never as easy to handle, for they covered literature, architecture and other arts as well, and they expanded to other countries.

* , thus, is now considered to be the central movement within "international" western civilisation with its original roots in France, going back beyond the to the .

To meet the recent discussion, the connotations of the term 'Post-Impressionism' were challenged again: and his collaborators expanded the period covered to 1914, but limited their approach widely on the 1890s to France. Other European countries are pushed back to standard connotations, and Eastern Europe is completely excluded.

So, while a split may be seen between classical 'Impressionism' and 'Post-Impressionism' in 1886, the end and the extend of 'Post-Impressionism' remains under discussion. For Bowness and his contributors as well as for Rewald, '' was an absolutely fresh start, and so Cubism has been seen in France since the beginning, and later in Anglosaxonia. Meanwhile Eastern European artists, however, did not care so much for western traditions, and proceeded to manners of painting called abstract and suprematic—terms expanding far into the 20th century.

According to the present state of discussion, "Post-Impressionism" is a term best used within Rewald's definition in a strictly historical manner, concentrating on French art between 1886 and 1914, and re-considering the altered positions of "impressionist" painters like , , , and others—as well as all new brands at the turn of the century: from to . The declarations of war, in July/August 1914, indicate probably far more than the beginning of a World War—they signal a major break in European cultural history, too.