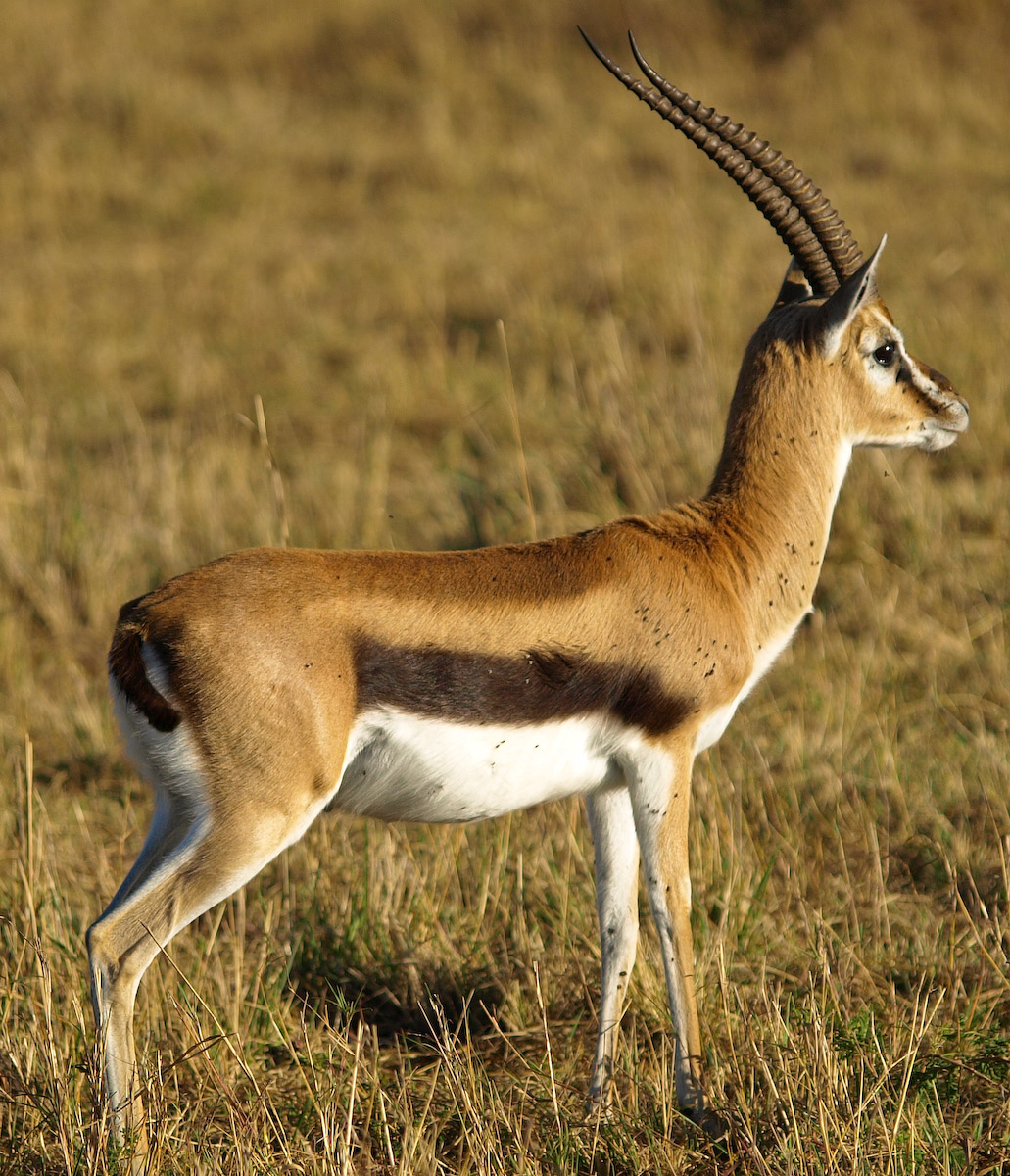 image_caption =
regnum = ia
phylum =
classis = ia
ordo =
familia =
subfamilia =
genus = "Gazella"
genus_authority = , 1816
subdivision_ranks =
subdivision = Several, see textA gazelle (ArB|غزال ArTranslit|ġazāl) is an currently or formerly in the "Gazella", although the three members of the genus "" are also widely referred to as gazelles. Two additional genera, "" and "" now include six species of gazelle that used to be considered members of the genus "Gazella", when "Eudorcas" and "Nanger" were considered subgenera.

Gazelles are known as swift animals; they are able to reach high speeds (as high as 80 kph [ [http://pauldarcy.blogspot.com/2005/12/weird-science-fast-animals.html The Twisted Mind Emporium: Weird Science: Fast Animals ] ] ) for long periods of time. Gazelles are mostly found in the grasslands and s of , but they are also found in southwest . They tend to live in herds and will eat less coarse, easily digestible plants and leaves.

The gazelle species are classified as part of the order Artiodactyla, family Bovidae and genera "Gazella", "Eudorcas" and "Nager". Members of the Artiodactyla order are principally distinguished by the foot; they have an even number of toes (the bovid family comprises 6 genera and 12 species). The taxonomy of these genera is a confused one, and the classification of species and subspecies has been an unsettled issue. Three species—the , the , and the —are extinct. All other gazelle species are listed as endangered, to varying degrees.

A recognizable example of the gazelle is ("Eudorcas thomsonii"), which is around 60 to 90 cm (23 to 35 es) in height at the shoulder and is coloured brown and white with a distinguishing black stripe (as in the picture on the right). The males have long, often curved, horns. Tommies, as they are familiarly called, exhibit a distinctive behaviour of "" (running slowly and jumping high before fleeing) when they are threatened by predators such as s or s. This is a primary piece of evidence for the advanced by in the study of animal communication and behaviour.

s of genus "Gazella" are found in and deposits of and Africa. The tiny "" is one of the earliest European gazelles, characterized by its small size and short legs. Gazelles disappeared from Europe at the start of , but they survived in Africa and Middle East. Three species become extinct in recent times due to human causes.