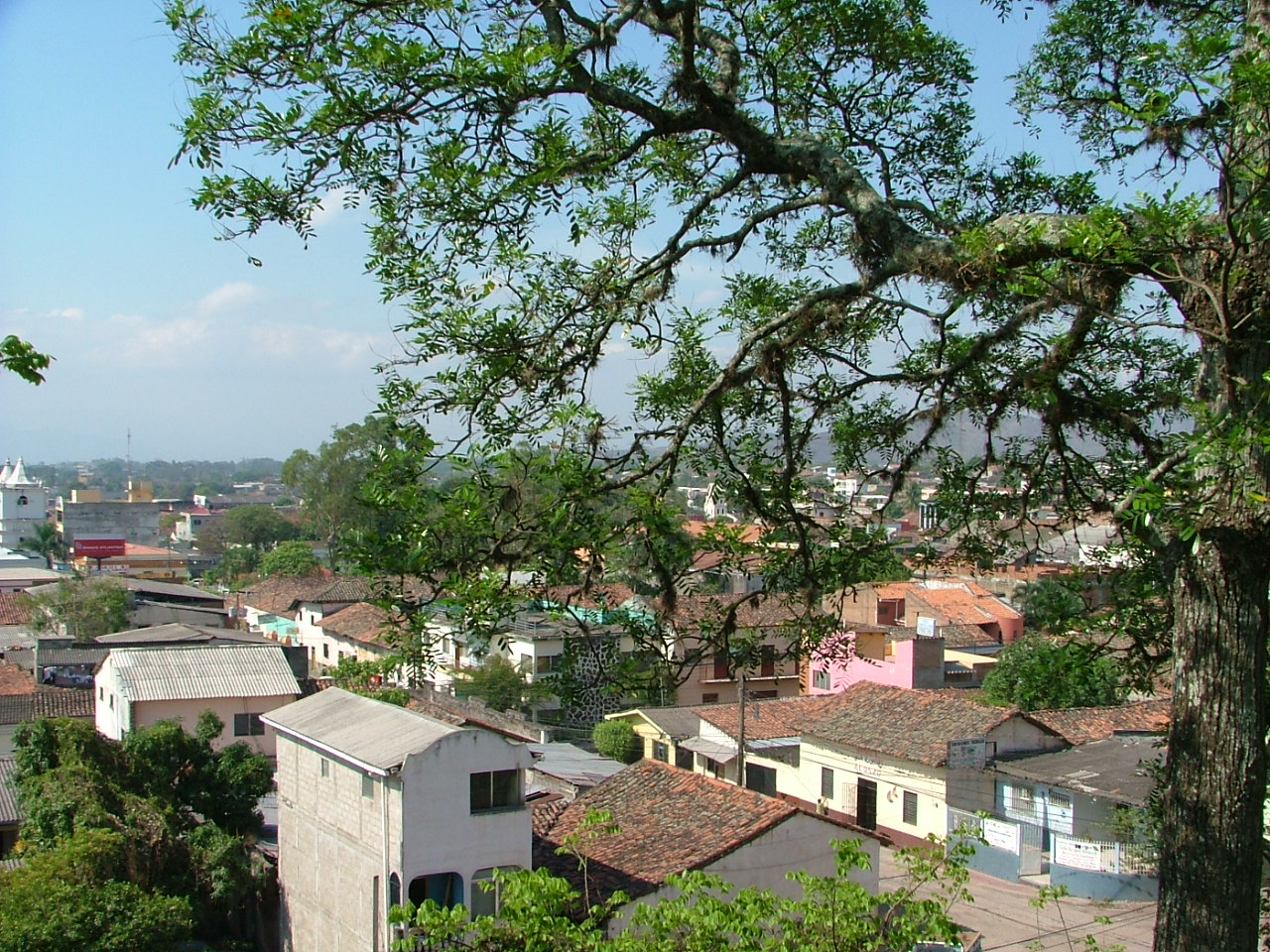 Juticalpa is the capital of in . Situated in a broad river valley alongside the Rio Juticalpa, the town is the commercial center for much of Olancho's ranching and agricultural economy.

The Juticalpa area encompases the , bordered by the Sierra de Agalta . Among the most notable of the small in the area is El , and Arimis. The nearest large town in 30 miles to the east.

The climate is significantly warmer than or nearby because of the elevation. Large thunderstorms occur May through September. October, November and December are cooler and often cloudy with drizzle. From January through April, the region receives very little rain. In April, Olanchanos burn their fields all across the department, creating a thick blanket of smoke that settles over Juticalpa for almost a month. The air improves after the first rain. During the rainy season, the incidence of Dengue Fever is quite high due to the many mud puddles that become breeding grounds for the voracious mosquitoes.

The town is divided into nine major neighborhoods or barrios: Barrio el Centro, Barrio de Jesus, Barrio La Hoya, Barrio el Portillo, Barrio el Campo, Campo Uno, Campo Dos, Barrio el Chicle and Barrio de la Cruz. The town lies on a gradual slope on the southwestern side of the river. There are many smaller communities in the surrounding area. Juticalpa's sister city, , is located at the easternmost terminus of the paved Olancho highway, known as the "Carreterra de Olancho". Regular buses run between the two cities.

Remnants of pre-Columbian civilizations can be found occasionally in Barrio Belen.

Juticalpa's economy is primarily agricultural. 's wide, fertile river valleys support maize, cattle and dairy farms. "Cuajada", a hard, salty cheese, is produced in great quantity at several dairies and exported throughout the country. Because of its proximity to successful farms and its position on the only paved highway in Olancho, Juticalpa's economy has led to relative prosperity.

Despite its strong agricultural base, unemployment in Juticalpa is high. To support themselves, many citizens of Juticalpa run small "pulperias" where they sell household items and food stores to neighbors.

Juticalpa contains a number of small businesses, many restaurants (ranging from taco stands to dine-in establishments with air conditioning), a hospital donated by the Japanese government, medical clinics, a movie theater called "Cine Maya", and a number of public and private schools. The local economy has grown by leaps and bounds over the past fifteen years. Construction began in February for a new mall actually opened. Recent road paving projects have disrupted the usual traffic pattern in Barrio el Centro and Barrio de Jesus. Most of the town's streets remain unpaved. The area does not draw many tourists unless they are headed into the Sierra de Agalta National Park or to visit the Cuevas de Talgua, limestone caves containing the calcified remains of some ancient inhabitants of the area. There are several hotels, banks, gas stations, bakeries, and a lot of other places.

In other parts of , Juticalpa is most famous for the production of an alcoholic palm tree wine known as . Residents knock down palm trees in the middle of the dry season (March and April) and fill plastic soda bottles with the beverage. The easiest place to find the drink is in the colonia of La Concepcion, a few kilometers west of Juticalpa on the highway to .