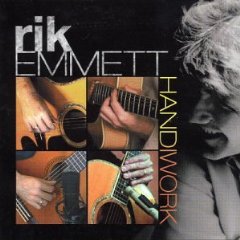 
"Handiwork" is the seventh studio album by the Canadian , released in 2002. It is second fully instrumental album recorded by Emmett.