Minas de Oro is a municipality in the Honduran department of Comayagua. 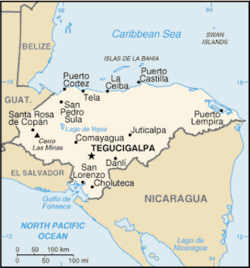 A map of Honduras.

Minas de Oro is located to the northeast of Comayagua, 150 km to the northwest of Tegucigalpa, the capital of Honduras. It is surround by the mountains named Grande, El Cobre and El Peñón. To the north, the district of Victoria; to the south, the San Luis and Esquías districts; to the east, the San Jose del Potero district and to the west, the La Libertad district. 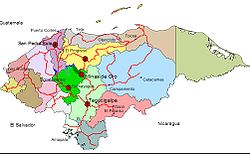 A map of Minas de Oro in Honduras.

Minas de Oro was founded as a consequence of the gold rushes that were common in the region, when workers and neighbours settled in the area. During one of his visits to this place, Juan Lindo discovered a gold mine.[citation needed] For that reason it has continued to be called "Minas de Oro" (Gold Mines).

During Dr. Policarpo Bonillas's administration, citizenship began negotiating with the Círculo de Cabañas, an association that grouped the municipalities of Minas de Oro, Esquías and San José del Potrero. These negotiations led to the transfer of the head of such association to Minas de Oro in 1893, during general Domingo Vazquez's administration. In order to justify the transfer, the citizenship argued that the powerful increment of the footwear industry, the commercial relationship between Minas de Oro, Tegucigalpa and the northern coast, and the growing cafe crops in the region were becoming Minas de Oro's main patrimonies, which at least in the first case it held true in the subsequent years.

In the 1990s, Minas de Oro was called a "city of education" in Honduras because it was the only municipality where all the towns had access to a primary education.

Minas de Oro counted on the Malcotal School, oriented to the agroforestal formation led by a North American. The only thing left of this institution is a house turned center of tourist retirements in the highway that leads to Mines of San Antonio.

Minas de Oro were counted by the decade from the 1960s to 1990s in the Famous Evangelical Institute that has a boarding school where students from all of the republic of Honduras went. Its musical, English formation and Biblical education was recognized. At the beginning of the 1960s, it closed because of stoked heat from the insecurity in the access routes, stop cost of fuels, local competition, and complexity in the administrative handling of this type of institution. 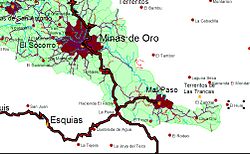 Villages near to Minas de Oro and Mal Paso 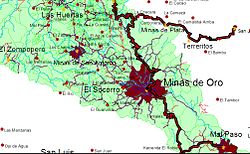 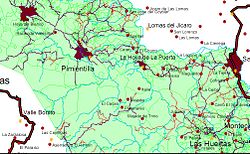 Map of the aldeas