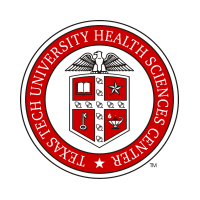 The Texas Tech University Health Sciences Center (often abbreviated TTUHSC) offers Schools of Sciences, Biomedical Sciences, , , and . The HSC has campuses located in Lubbock, as well as in Abilene, Amarillo, El Paso, and Odessa. Aside from its teaching duties, it provides medical services to over a hundred counties, a geographic region larger than most states, as well as to all Texas Department of Corrections facilities in the western portion of Texas (under contract with TDC). A second medical school in El Paso is scheduled to open in 2009. The Center is a separate institution from (though it is part of the ).

The Texas Tech University School of Medicine was created by the 61st in May 1969 as a multi-campus institution with Lubbock as the administrative center and with regional campuses at Amarillo, El Paso, and Odessa. In 1979, the charter was expanded to become the Texas Tech University Health Sciences Center, leading the way for establishment of the Schools of Nursing and Allied Health Sciences, and the Graduate School of Biomedical Sciences. In 1993, the legislature authorized the establishment of a School of Pharmacy to be located in Amarillo. A second School of Pharmacy campus began operating in Abilene in 2007. In addition, Allied Health Sciences programs were also expanded to Amarillo and the Permian Basin. The five schools are committed to regionalized, multi-campus educational experiences, and to the related biomedical research, graduate studies, patient care and community service required of a health sciences center. A primary effort is made to achieve a balanced group of students with qualified minority students, diverse age groups, and heterogeneous backgrounds in educational and life experiences. A special effort is made to recruit applicants from and from rural and border communities. [cite web |url=http://www.tshaonline.org/handbook/online/articles/TT/kct43.html|title= Handbook of Texas Online - TEXAS TECH UNIVERSITY HEALTH SCIENCES CENTER|publisher=Texas State Historical Association]

The Health Sciences Center has as its major objectives the provision of quality education and the development of academic, research, patient care, and community service programs to meet the health care needs of the 108 counties of West Texas, which comprise 48% of the land mass and 12.5% of the population of the total state. This 131,000 square mile service area and population of 2.6 million has been, and remains highly underserved by health professionals and accessible health care facilities, despite the substantial and meaningful contribution made by our institution. Demographic shifts in West Texas populations, as well as socioeconomic and epidemiologic characteristics of its subgroups, create major and specific demands for service. While education of students and residents remains the primary focus of the institution, there has been an important impact on the health status of West Texas. The lack of a single locus of population density has resulted in the regionalization of medical and health care education and patient care on four geographically separated campuses. In providing an excellent quality undergraduate, graduate, and continuing health professional education at each site, the health needs of the larger community have been better met and relevant indices of health status demonstrate significant improvement.

The growing evidence confirms that the School of Medicine is accomplishing its mission of educating and placing practicing physicians in West Texas. Over 20% of the physicians currently practicing in West Texas are Texas Tech medical school or residency graduates. With increasing demand for medical education, primarily along the Texas/Mexico border, legislation was signed in October, 2003 establishing a new four-year medical school in El Paso. The Schools of Nursing and Allied Health Sciences continue their impact on the health care needs of West Texas, with most of their graduates remaining in West Texas to pursue their chosen profession. Since graduating its first class in 2000, over 80% of School of Pharmacy graduates have chosen to practice in Texas.