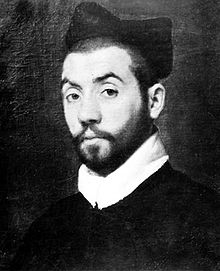 Marot was born at Cahors, the capital of the province of Quercy, some time during the winter of 1496-1497. His father, Jean Marot (c. 1463-1523), whose more correct name appears to have been des Mares, Marais or Marets, was a Norman from the Caen region and was also a poet. Jean held the post of escripvain (a cross between poet laureate and historiographer) to Anne of Brittany, Queen of France. Clément was the child of his second wife. The boy was "brought into France" — it is his own expression, and is not unnoteworthy as showing the strict sense in which that term was still used at the beginning of the 16th century — in 1506. He appears to have been educated at the University of Paris, and to have then begun studying law. Jean Marot instructed his son in the fashionable forms of verse-making, which called for some formal training.

It was the time of the rhétoriqueurs, poets who combined stilted language with a fondness for the allegorical manner of the 15th century and the most complicated and artificial forms of the ballade and the rondeau. Clément began as a "rhétoriqueur," though he later helped overthrow this style. He wrote panegyrics to Guillaume Cretin and translated Virgil's first eclogue in 1512. He soon gave up the study of law and became page to Nicolas de Neuville, seigneur de Villeroy, which led to his introduction into court life. The house of Valois, which would hold the throne of France for the greater part of a century, was devoted to literature.

At the French court

As early as 1514, before the accession of King Francis I, Clément presented to him his Judgment of Minos, and shortly afterward he was either styled or styled himself facteur (poet) de la reine to Queen Claude. In 1519 he was attached to the suite of Marguerite d'Alençon, the king's sister, (later to become Marguerite de Navarre), a great patron of the arts. He was also a great favourite of Francis himself, attended the Field of the Cloth of Gold in 1520, and duly celebrated it in verse. In the next year he was at the camp in Flanders, and wrote of the horrors of war.

Marot, like most of Marguerite's literary court, was attracted by her grace, her kindness, and her intellectual accomplishments, but there is no grounds for thinking that they had a romantic relationship. During this time his poetic style began to change, becoming much less artificial. Some of his poems praise a lady named "Diane", whom some have identified with Diane de Poitiers.

In 1524, Marot accompanied King Francis on his disastrous Italian campaign. The king was taken prisoner at the Battle of Pavia, but there are no grounds for supposing that Marot was wounded or shared the king's fate, and he was back in Paris again by the beginning of 1525. However, Marguerite for intellectual reasons, and her brother for political, had until then favoured the double movement of "Aufklärung", partly humanist, partly reforming, which distinguished the beginning of the century. Formidable opposition to both forms of innovation now began to appear, and Marot, never particularly prudent, was arrested on a charge of heresy and lodged in the Grand Châtelet in February 1526. This was only a foretaste of his coming trouble, and a friendly prelate, acting for Marguerite, arranged his release before Easter. The imprisonment caused him to write a vigorous poem entitled Enfer (hell), later imitated by his friend Etienne Dolet. His father died about this time, and Marot seems to have been appointed in Jean's place as valet de chambre to the king. He was certainly a member of the royal household in 1528 with a stipend of 250 livres. In 1530, probably, he married. The following year he was once again in trouble, this time for attempting to rescue a prisoner, and was again released, this time after Marot wrote the king one of his most famous poems, appealing for his release.

In 1532 he published (it had perhaps appeared three years earlier), under the title of Adolescence Clémentine, the first printed collection of his works, which was very popular and was frequently reprinted with additions. Unfortunately, the poet's enemies ensured that Marot was implicated in the 1534 Affair of the Placards, and this time he fled.

He passed through Nérac, the court of Navarre, and made his way to Renée, duchess of Ferrara, a supporter of the Protestant Reformation in France -- as steadfast as her sister-in-law Marguerite, and even more efficacious, because her dominions were outside France. At Ferrara his work there included the celebrated Blasons (a descriptive poem, improved upon medieval models), which set all the verse-writers of France imitating them. The blason was defined by Thomas Sibilet as a perpetual praise or continuous vituperation of its subject. The blasons of Marot's followers were printed in 1543 with the title of Blasons anatomiques du corps féminin.

Duchess Renée was not able to persuade her husband, Ercole d'Este, to share her views, and Marot had to leave Ferrara. He went to Venice, but before very long Pope Paul III remonstrated with Francis I on the severity with which the Protestants were treated, and they were allowed to return to Paris on condition of recanting their errors. Marot returned with the rest, and abjured his heresy at Lyon. In 1539 Francis gave him a house and grounds in the suburbs.

At the same time Marot engaged in a literary quarrel with a lesser poet named Sagon, who represented the reactionary Sorbonne. Half the verse-writers of France aligned themselves as Marotiques or Sagontiques, and a great deal of versified abuse was exchanged. Victory, as far as wit was concerned, remained with Marot, but his biographers suggest that a certain amount of ill-will was created against him by the squabble, and that, as in Dolet's case, his subsequent misfortunes were partly the result of his own rashness.

He edited the works of his fellow poet François Villon.

The publication of the Psalms gave the Sorbonne the opportunity to condemn Marot. In 1543 it was evident that he could not rely on the protection of Francis. Marot accordingly fled to Geneva; but the stars were now decidedly against him. He had, like most of his friends, been at least as much of a freethinker as a Protestant, and this was fatal to his reputation in the austere city of Calvin. He again had to flee, and made his way into Piedmont, and he died at Turin in the autumn of 1544.

In character Marot seems to have been cheerful, good-humoured and amiable enough, but probably not much disposed to an elaborately moral life and conversation or to serious reflection. He has sometimes been charged with a want of independence of character; but it is fair to remember that in the Renaissance men of letters naturally attached themselves as dependents to the great. Such scanty knowledge as we have of his relations with his equals is favourable to him. He certainly at one time quarrelled with Dolet, or at least wrote a violent epigram against him, for which there is no known cause. But, as Dolet quarrelled with almost every friend he ever had, and in two or three cases played them the shabbiest of tricks, the presumption is not against Marot in this matter. With other poets like Mellin de Saint-Gelais and Brodeau, with prose writers like François Rabelais and Bonaventure des Périers, he was always on excellent terms. And whatever may have been his personal weaknesses, his importance in the history of French literature is very great, and was long underrated. Since he came immediately before the great literary reform of La Pléiade, Marot was both eclipsed and decried by the partakers in that reform.

However, Marot himself was a reformer, who carried his own reform as far as it would go. His early work was in the rhétoriqueur style, the distinguishing characteristics of which are elaborate metre and rhyme, allegoric matter and pedantic language. In his second stage he entirely emancipated himself from this, and became one of the easiest, least affected and most vernacular poets of France. He was very influential to the lighter verse-writers that followed him.

In his third period he lost a little of this flowing grace and ease, but acquired something in stateliness, while he certainly lost nothing in wit. Marot is the first poet who strikes readers of French as being distinctively modern. He is not as great a poet as François Villon nor as some of his successors of the Pléiade, but he is much less antiquated than Villon and not as elaborately artificial as the Pléiade poets. He succeeded in breaking up and making flexible the stiff forms and stiffer language of the 15th century, and at times could be almost too vernacular and pedestrian. His poems may lack a certain passion and grandeur, but they are graceful examples of vers de société.

The most important early editions of Marot's Œuvres were published at Lyon in 1538 and 1544. In the second of these the arrangement of his poems which has been accepted in later issues was first adopted. In 1596 an enlarged edition was edited by Francois Mizihre. Others of later date are those of N. Lenglet du Fresnoy (the Hague, 1731) and P. Jannet (1868–1872; new ed., 1873–1876), on the whole the best, but there is a very good selection with a still better introduction by Charles d'Hericault, the joint editor of the Jannet edition in the larger Collection Garner (no date). From an elaborate edition by G. Guiffrey only Vol. II and III appeared during his lifetime. Robert Yve-Plessis and Jean Plattard completed the edition in 5 vols (Paris, 1874-1931). The first 'scientific' edition is by C.A. Mayer in 6 vols.(1958-1980), which follows the arrangement of the material in 'genres' (like the edition 1544) The last complete scientific edition is by Gerard Defaux in 2 vols. (1990-1992). Defaux adopts the edition principles of Marot himself, as deductible from his own 1538 edition, mentioned above. There are numerous modern editions. A freely accessible internet version of this edition can be found at gallica.bnf.fr/Classique

Many of Marot's texts were set as chansons, particularly by his contemporary Claudin de Sermisy.