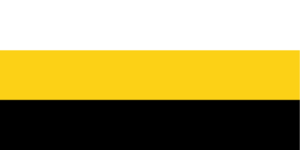 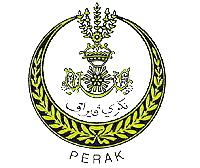 Perak is one of the 13 states of . It is the second largest state in bordering and of to the north, to the northwest, and to the east, southward and to the west by the .

"Perak" means in Malay. The name comes most probably from the silvery colour of . In the 1890s, Perak, with the richest s of tin in the world was one of the jewels in the crown of the . However, some say the name comes from the "glimmer of fish in the water" that sparkled like silver. The Arab honorific of the State is "Darul Ridzuan", the Land of Grace.

, the state capital of , is known historically for its rich tin-mining activities until the drop of tin price, which has severely affected the state economy. The royal capital, however, is set in , where the palace of the Sultan of Perak is located.

Legends tell of a Hindu-Malay kingdom called "" in the northwest of Perak. Archaeological discoveries indicate that Perak has been inhabited since prehistoric times.

The modern history of Perak began with the fall of the Malacca Sultanate. The eldest son of the last Sultan of Melaka (Sultan Mahmud Shah), Raja Muzaffar Shah, fleeing the Portuguese conquest of 1511, established his own dynasty on the banks of the Sungai Perak () in 1528. As the Perak area was extremely rich in , it was under almost continuous threat from outsiders.

The Dutch unsuccessfully attempted to monopolize the tin trade in the 17th century, and built forts at the mouth of the Perak River and on Pulau Pangkor.

Early history of the Dutch arrival in Perak began in 1641, when they captured the Straits of Malacca by taking control of tin-ore and spice trading. The Dutch attempted to monopolise the tin-ore tradings in Perak by influencing Sultan Muzaffar Syah, the Sultan of Perak, but did not succeed. They then turned to Sultanah Tajul Alam Safiatuddin, the Sultan of Aceh, to seek permission to trade in Perak. The event compelled the Sultan of Perak to sign the treaty, allowing the Dutch to build their plant in Kuala Perak on August 15 1650, which caused dissatisfaction among the aristocracy of Perak.

In 1651, Temenggung and the people of Perak attacked and destroyed the Dutch plant. The Dutch were forced to leave their base in Perak.

In 1655, the Dutch sent a representative to Perak to renew the agreement made earlier and to seek compensation for the loss of their plant. Perak however did not honour the treaty and was thus surrounded by the Dutch. In retaliation, the people of Perak with Aceh, Ujung Salang, launched a surprise attack on the Dutch.

In 1670, the Dutch returned to Perak to build Kota Kayu, now known as ("Dutch Fortress"), on Pangkor Island.

Perak agreed to the construction because of news that the Kingdom of Siam would be attacking the state. Nevertheless, in 1685, once again Perak attacked the Dutch on Pangkor Island and forced them to retreat and shut down their headquarters. The Dutch attempted to negotiate for a new treaty but failed.

In the 18th century, the , , and the Thai all attempted to invade Perak. Only British intervention in 1820 prevented Siam from annexing Perak. Although the British were initially reluctant to establish a colonial presence in Malaya, increasing investment in the tin mines brought a great influx of Chinese immigrants, who formed rival clan groups allied with Malay chiefs and local gangsters, all of whom battled to control the mines. The Perak sultanate, involved in a protracted succession struggle, was unable to maintain order.

In her book "The Golden Chersonese and The Way Thither" (published 1892 G.P. Putnam's Sons) Victorian traveller and adventuress Isabella Lucy Bird (1831-1904) describes how Raja Muda Abdullah (as he then was) turned to his friend in , . Tan, together with an English merchant in Singapore drafted a letter to Governor Sir Andrew Clarke which Abdullah signed. The letter expressed Abdullah's desire to place Perak under British protection, and "to have a man of sufficient abilities to show (him) a good system of government." In , the governor Sir Andrew Clarke convened a meeting on Pulau Pangkor, at which Sultan Abdullah was installed on the throne of Perak in preference to his rival, . This also required that the sultan accept a , who would control all administrative issues other than those pertaining to religion or Malay custom. In 1875, various Perak chiefs assassinated the British Resident , resulting in the short-lived of 1876. Sultan Abdullah was exiled to the , and the British installed a new ruler. The new resident, Sir , was well versed in the Malay language and customs, and proved to be a more capable administrator. He also introduced the first s to Malaya.

In , Perak joined , and to form the . However, the British Resident system lasted until Perak became part of the in .

Perak gained independence from the British on , along with 10 other states in the . The federation was enlarged to form Malaysia on , following the admission of Sabah, Sarawak and Singapore. Singapore separated from Malaysia in 1965.

Under the laws of the Constitution of Perak, Perak is a constitutional monarchy, with a ceremonial hereditary ruler. The current is Sultan Azlan Muhibbuddin Shah ibni Almarhum Sultan Yussuf Izzuddin Shah Ghafarullahu-Lahu, who was the ninth of Malaysia and formerly the Lord President of Malaysia's Supreme Court.

Following the opposition coalition winning Perak in the General Election in , Mohammad Nizar Jamaluddin of PAS was appointed as the new Menteri Besar (Chief Minister) of the state eventually [ [http://thestar.com.my/election/story.asp?file=/2008/3/12/election2008/20080312174629&sec=Election2008 State PAS secretary made Perak Mentri Besar ] ] , although DAP won the most seats compared to other opposition parties. The Menteri Besar did not come from the Chinese-based party as the State Constitution states that the Chief Minister must be a , unless the Sultan specially appoints a non-Muslim Chief Minister. As DAP does not have any Muslim assemblymen, if the Sultan insists that the Chief Minister must be a Muslim, then the assemblymen would have to come from either KeADILan or PAS, which formed the coalition state government with DAP.

These districts eventually are divided into several s or Counties which are more politically significant.The main cities and towns in Perak are:

Perak's days are warm and sunny, while its nights are cool the whole year through, with occasional rains in the evenings. Temperature is fairly constant, that is, from 23°C to 33°C, with humidity often more than 82.3 percent. Annual rainfall measures at 3,218 mm.

Perak became prominent when Long Jaafar discovered tin in Larut, Taiping, which became a boost for the state's economy.

Before recession hit the economies of countries and states world wide, Perak was one of Malaysia's wealthiest. But the 1980s saw the collapse of the tin industry, crippling Perak’s economy. Prices plummeted and once lucrative mines were forced to close.

This, in turn, forced the Perak State Government to make a firm decision to diversify the economy's base towards the more value added, resource-linked manufacturing. The mid-1980s saw a large influx of electronics SMEs from Taiwan to Silibin and Jelapang industrial estates, but by 1990s, they have relocated to lower cost China. A new car manufacturing hub called Proton City at has been developed with the establishment of state-of-the-art car manufacturing facilities. The Proton City at Tanjung Malim has become the largest manufacturer of Proton cars (Malaysia's national car maker).

Agriculture is also one of Perak’s main industries, especially those concerning rubber, coconut and palm oil. Tourism is fast catching on as more and more people discover Perak’s hidden gems in the form of natural attractions and cultural sights.

While the economy is growing through the industrial sector, Perak's sound infrastructure and world class facilities of make it an ideal environment for businesses.

The railway service is undergoing major upgrading with the advent of electrified trains running on double tracks from to Ipoh. Ipoh Railway Station is an imposing structure in the city centre. Built in the Moorish style, this white structure, nicknamed the "" of Ipoh, was completed in 1935 to replace the original railway platform shed built in 1917. The is said to be the second most beautiful railway station in Malaysia after the . It is located on Jalan Panglima Bukit Gantang Wahab.

There are several places of interests in Perak, such as its state capital, , legendary for their silky noodles in soup called 'Sar Hor Fun' and Hainanese chicken rice. Tambun pomelos are another attraction to locals from other states.

Kuala Kangsar, just 48km north of Ipoh on the Perak River, is the royal town of Perak. It is dominated by three buildings: Istana Iskandariah, Istana Kenangan and the Ubudiah mosque. The Istana Iskandariah, located on a hill overlooking the river, is the palace of the Sultan of Perak. Istana Kenangan, which was constructed as a temporary residence during the Iskandariah's construction is known for its beautiful architecture. The Ubudiah mosque is an impressive structure topped with a constellation of bright golden domes.

Kellie's castle is located in Batu Gajah. It was built in 1915 and was never completed as the owner William Kellie Smith returned to England and died there. Many believe the castle is haunted, having many secret rooms and even a hidden tunnel. Today, it is opened as a tourist attraction.

Accessible from Lumut, the Pangkor Island holds a mix of quaint fishing settlements and white beaches decked with rich vegetation. The warm waters are perfect for swimming and diving while the atmosphere is simply relaxing. Many resorts are available for accommodation on this popular island.

, a Malay delicacy made from glutinous rice cooked in a bamboo tube over slow fire is a must-have during the festivities such as and , especially along with some (Malay for meat curry in coconut milk and spices). Some say lemang originated from the indigenous people who cook their rice using .

is another popular Malay delicacy. It is durian extract which is preserved and kept in an urn. Commonly eaten with chillies and other dishes, it is well known due to the popularity of its key ingredient, durian, among the locals.

* [http://sultan.perak.gov.my/english/content.html Department of His Royal Highness, the Sultan of Perak] in handling and managing all the activities of Perak's State Ruler
* [http://www.virtualmalaysia.com/destination/state.cfm?state=perak Perak page on the official portal of the Ministry of Tourism Malaysia]
* [http://disini.net/info/gis/main/type.asp?iType=54 Collection of Map of Perak]
* [http://wiki.perak.org Wiki Perak in Chinese version]