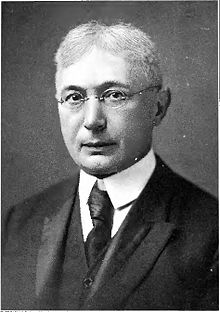 Bloomfield was born in Bielitz (Polish: Bielsko), in what was at that time Austrian Silesia (today it is in Poland). His sister was Fannie Bloomfield Zeisler, and the linguist Leonard Bloomfield was his nephew.

He went to the United States in 1867, and 10 years later graduated from Furman University, Greenville, South Carolina. He then studied Sanskrit at Yale, under W. D. Whitney, and at Johns Hopkins University, to which university he returned as associate professor in 1881 after a stay of two years in Berlin and Leipzig, and soon afterwards was promoted professor of Sanskrit and comparative philology. In 1896 Princeton University bestowed the LL.D. degree upon him.

His papers in the American Journal of Philology number a few in comparative linguistics, such as those on assimilation and adaptation in congeneric classes of words, and many valuable contributions to the interpretation of the Vedas, and he is best known as a student of the Vedas. He translated, for Max Müller's Sacred Books of the East, the Hymns of the Atharva-Veda (1897); contributed to the Buhler-Kielhorn Grundriss der indo-arischen Philologie und Altertumskunde the section The Atharva-Veda and the Gopatha Brahmana (1899); was first to edit the Kauika-Sutra (1890), and in 1907 published, in the Harvard Oriental series, A Vedic Concordance. In 1905 he published Cerberus, the Dog of Hades, a study in comparative mythology. The Religion of the Veda appeared in 1908; Life and Stories of the Jaina Savior Parasvanatha and a work on the Rig Veda in 1916.