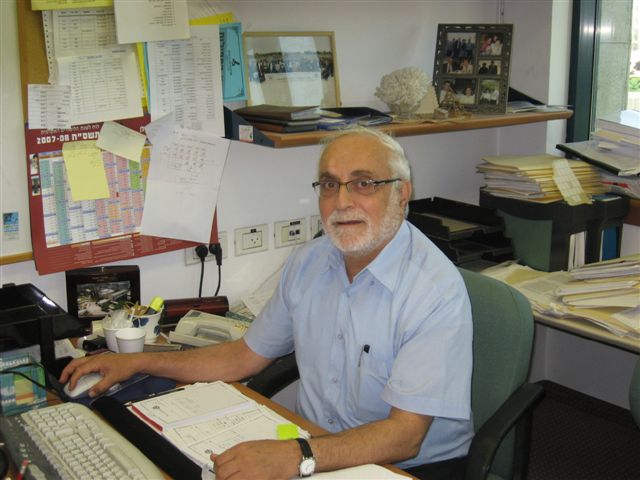 Professor Shlomo Havlin was born in Jerusalem, Israel. He graduated from Bar-Ilan and Tel-Aviv Universities with Highest Distinction. He got an academic position at Bar-Ilan University in 1972 where he became a full Professor at 1984. During 1978–1979 he was a Royal Society Visiting Fellow at the University of Edinburgh, where he worked with Professors William Cochran and . In 1984 he became the Chair of the Physics Department at Bar-Ilan University until 1988. During 1983–1984 and 1989–1991, Professor Havlin was a Visiting Scientist at where he collaborated much with Drs. George Weiss, Ralph Nossal and other members of NIH. During 1984–1985 and 1991–1992 he was a Visiting Professor at , where he collaborated with , Director of Polymer Center and other members of the Center.

Professor Havlin established four Centers at Bar-Ilan, the Gonda-Goldschmiedt Medical Diagnostic Research Center (1994), the Minerva Center for Mesoscopics, Fractals and Neural Networks (1998), Science Beyond 2000 – Science Education Unit (1996) and Israel Science Foundation Center for Complex Networks (2003). He was the President of the Israel Physical Society (1996–1999) and the Dean of the Faculty of Exact Sciences at Bar-Ilan University (1999–2001). Professor Havlin had more than 70 graduate students and postdocs, and collaborated with more than 300 scientists around the globe. He published more than 500 articles and 11 books. He is currently in the editorial board of the scientific journals: Fractals, Physica A, New Journal of Physics, Europhysics Letters and Reserch Letters in Physics.

Professor Havlin made many important contributions to science. The following are descriptions of his main contributions in “Randomness” and “Complexity”.

Disordered systems that are self-similar on certain length scales are ubiquitous and often modeled by percolation-type models. The laws that describe e.g. transport processes or chemical reactions in these systems are significantly different from those in homogeneous systems. The earlier works of Prof. Havlin, where he discovered several of these important anomalies, had an enormous impact on the development of the whole field and are summarized in the monograph “Diffusion and Reactions in Fractals and Disordered Systems” that he wrote together with his former graduate student Daniel ben Avraham (Cambridge University Press, 2000). The book describes the anomalous physical laws found in the last 20 years in and disordered systems, many of them by Prof. Havlin and his collaborators. His review article (Adv. in Phys. (1987)) was cited more than 1000 times and was chosen by the Editors to be published again (Adv. in Phys. (2002)).

In 2000, Professor Shlomo Havlin and his student Reuven Cohen, together with Prof. Daniel ben-Avraham developed a novel percolation-type approach and derived the first theory on the stability of realistic such as the Internet under random breakdown (Phys. Rev. Lett. 85, 4626 (2000)) and intentional attacks (Phys. Rev. Lett. 86, 3682 (2001)cited 370 times). This study is particularly useful for optimizing the stability of networks against intentional attacks and viruses. They also derived a novel result about the “small worlds” nature of complex networks and found that the diameter of scale free networks make them “ultra small world” (Phys. Rev. Lett. 90, 58701 (2003)). The large impact of these results resulted in an invitation by Cambridge University Press to write a book on this topic (Complex Networks: Structure, Stability and Function, Cambridge University Press, to appear 2009.).