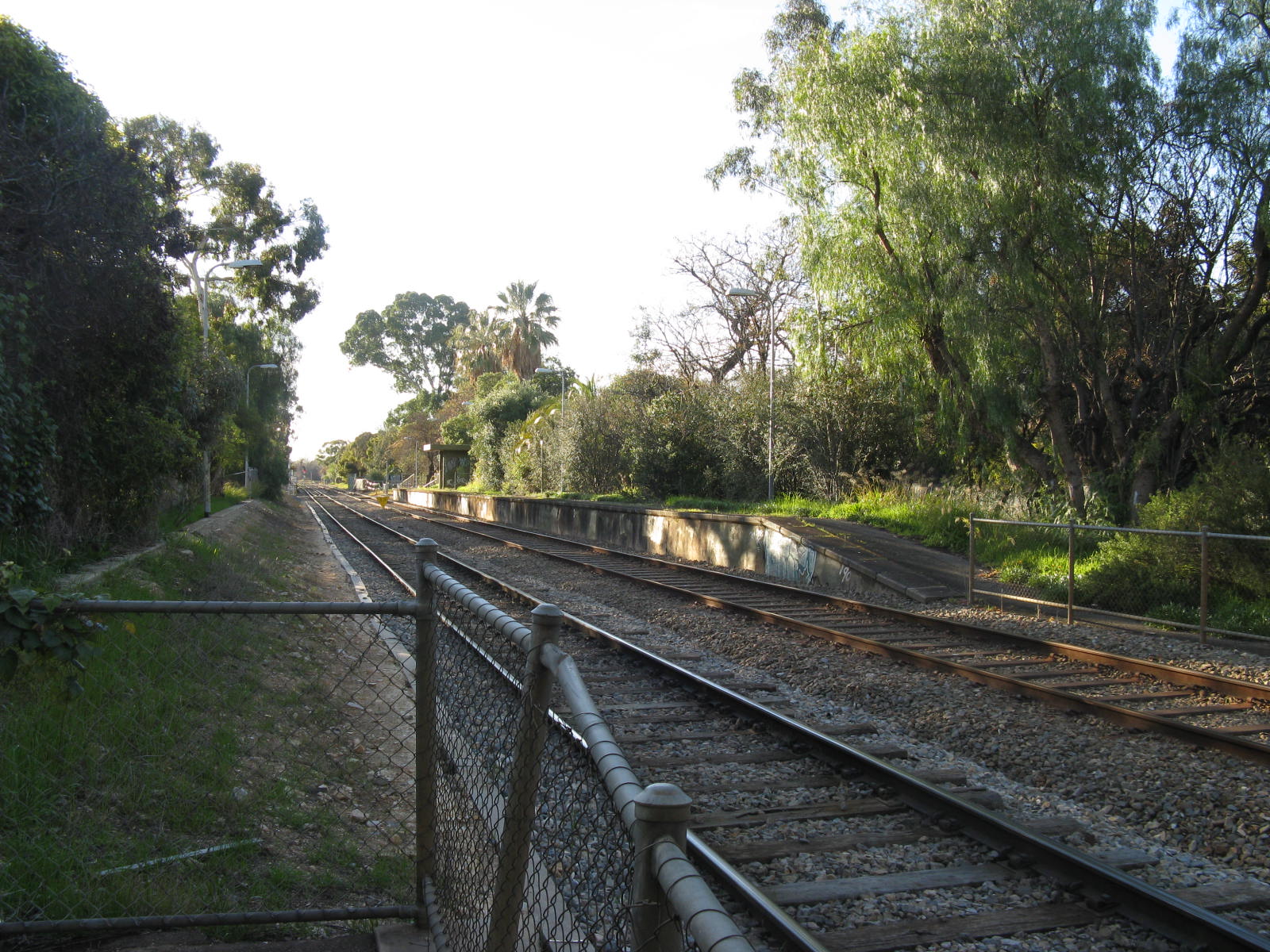 Millswood railway Station (coord|34|57|S|138|35|E|region:AU-SA_type:landmark) is a closed railway station on the in . It is situated 5.9 km from , adjacent to the Goodwood Road underpass, on the border of the suburbs of Millswood and Kings Park.

The station opened circa 1910.Fact|date=September 2008 The platforms were constructed of earth-filled concrete each side of the dual tracks, which were both until 1995. There were timber framed, iron clad open passenger shelters on each platform. A ticket office was provided on the Up (western) platform. In the second half of 1974, it was open between 6:15am to 1:05pm Mondays, 6:15am to 12:20pm Tuesday to Friday and 7:30am to 12:20pm Saturday.

Millswood Station was closed on April 28th 1995, simultaneously with stations at Clapham and Hawthorn, with the conversion of the western broad gauge track to standard gauge under the One Nation programme. A number of reasons were quoted as justification for the closures, including poor patronage, [Former Minister of Transport stated there had been consideration since 1966 to close the station because of poor patronage. In December 1994, Millswood had on average 123 passenger boarding’s per day. Source:Question Time, Legislative Council, 12 April 1995, p. 1933] the excessive number of stations between Goodwood and Lynton and their closeness to each other, and the impractibility of single-line working with so many stations and so few crossing points.

The western platform was demolished in 2007. As of 2008, there remains on the Down (eastern) platform the shelter with seats removed and a disused speaker.