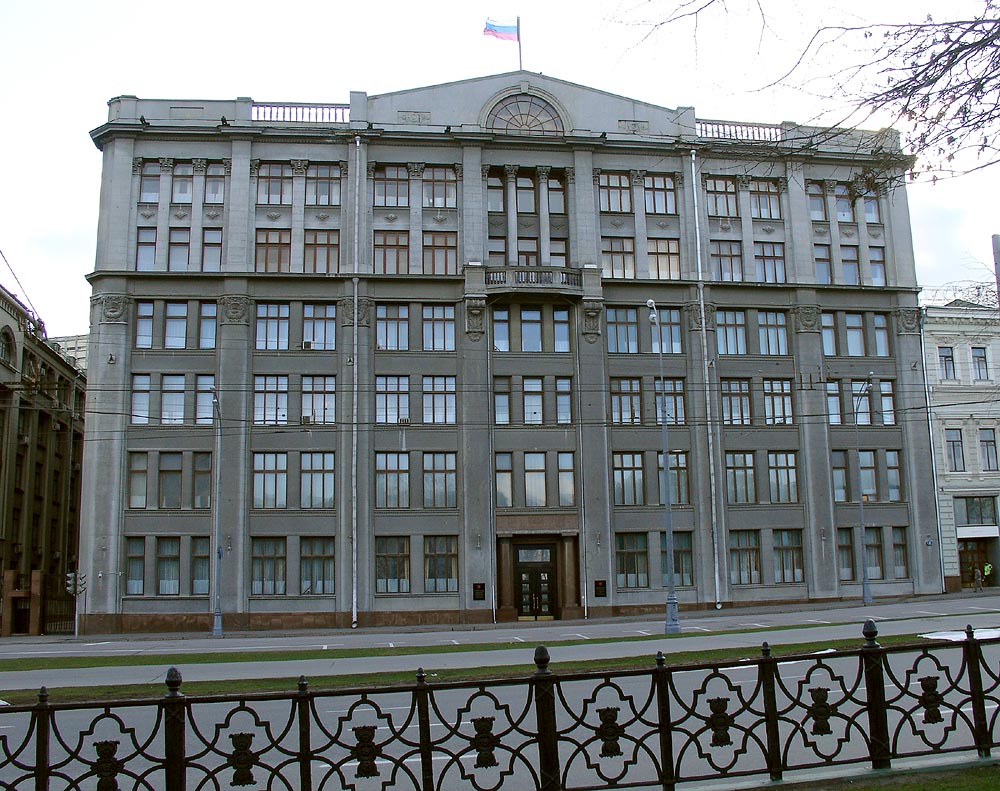 Vladimir Sherwood graduated from the in 1895, and was employed first as the house architect of Bromley Steel Works (1898 — 1903) and by the Moscow Merchant Society — a business responsible for redevelopment of and (1903 — 1910). Sherwood is credited with work on the new master plan for Kitai-gorod, partially executed before , although exact extent of his input has not been reliably studied.

His first independent work was a Reck Mansion on the Garden Ring (destroyed). It was followed by an extant apartment block in which remained Sherwood's only pure example of Art Nouveau. As he gained experience, popularity of this style faded and Sherwood's later works gradually moved from simplified Art Nouveau to "modernized classics". His career peaked in the five years preceding the outbreak of . Sherwood became notable as the author of numerous rental apartment and office buildings; three of his projects are listed on the protected buildings register: 12-14 [This location, , actually includes four protected structures. Units 4 and 5 (southern building) is credited to , unit 9 to , unit 8 (northern building) to Sherwood with secondary credit to Helrich. Source: ru icon Register of protected buildings, Moscow Heritage commission [http://www.mkn.com.mos.ru/index.php?action=show_rubric&id=169] ] , 7-7 ( home), and a large neoclassical block at 1, . [Credited equally to Sherwood, and ]

Sherwood's best known work, Titov Building, at 4, , was a radical departure from his Art Nouveau practice. Stylistically it was in line with , however, the design emphasized the structure and was marked by unusually large glass surfaces providing adequate to deep office floors of this . Sherwood refused to use altogether, creating "classical atmosphere" with carefully measures indents of stone-clad s and s, and a modest, purely decorative . Contemporaries marked this style as "modernized classics" ( _ru. модернизированная классика); it was reused by to the point where Titov Building is frequently mistaken for a mid-20th century government edifice.

In 1920s—1991 former Titov Building housed the headquarters and became the symbol of party apparatus. It is currently occupied by the . Titov building, completed in 1915, remained the last recorded work by Sherwood; he lived the remaining 15 years of his life in Moscow but was not involved in construction projects anymore.