Kiss from a Rose

Kiss from a Rose 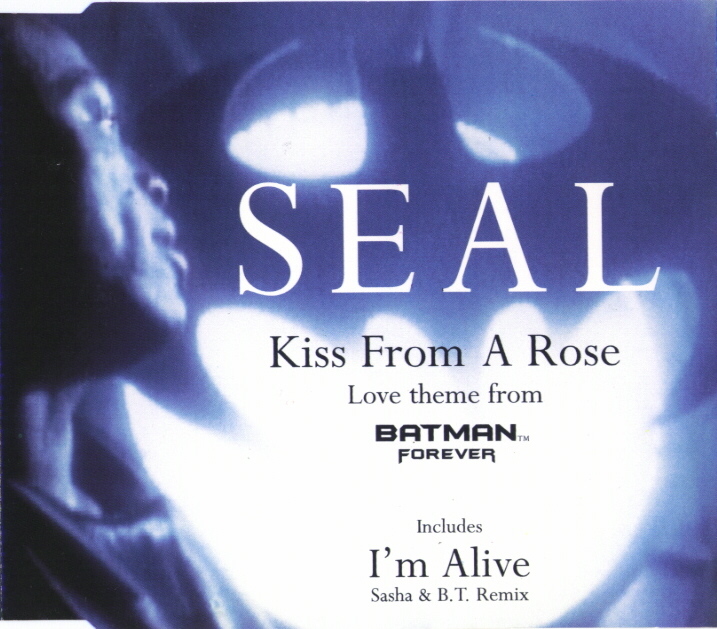 "Kiss from a Rose" is a song from Seal's second album "Seal", subsequently featured on the "" (1995) film soundtrack. Released as a single in 1995, it achieved a great success, particularly in the U.S. and where it topped the charts.

Written by Seal, the single "Kiss from a Rose", the second taken from the film soundtrack, topped the U.S. for one week in August 1995. It also went to #4 on the . The single originally made it to #20 in 1994, but upon being re-released after being featured in the film, it reached the top position. It won two , for 'Song of the Year' and 'Record of the Year'. It was also nominated for a 1996 MTV Movie Award.

Two versions of the were produced:
* The original version is set in a
* The second version was directed by and has Seal performing the song beside the , interspersed with clips from the film.

Between all the formats of the single release, bonus tracks include the non-album tracks "" (a cover) and "Blues in 'E'"; remixes of "Kiss from a Rose" by (who produced the original version of "Killer"); and remixes of album track "I'm Alive" by and Sasha with BT.

Irish vocal trio and Japanese artist have recorded s of the song. Saxophonist created an version of the song as well. performed a cover of "Kiss from a Rose" on an charity special in 2007. [YouTube|mXsC6uB2n4E|Jack Black performing "Kiss from a Rose" on an American Idol charity special in 2007] , an American Idol finalist, performed this song for his audition. Also, electro-punk duo has released a higher tempo cover of the song. has released a cover version of the song on their official myspace.

also recorded her version of the track in her 2007 album "Rejoice".