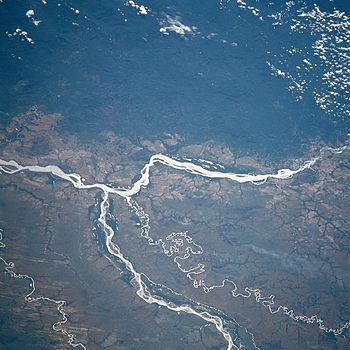 Soil disturbance associated with deforestation in Colombia has an impact on rivers such as the Orinoco and Meta through increased siltation and sedimentation that affects both water levels and aquatic biodiversity.

Colombia loses 2,000 km2 of forest annually to deforestation, according to the United Nations in 2003, although some suggest that this figure is as high as 3,000 km² due to illegal logging in the region.[1] Deforestation results mainly from logging for timber, small-scale agricultural ranching, mining, development of energy resources such as hydro-electricity, infrastructure, cocaine production, and farming.[1] Around one-third of the country's original forest has been removed as a result of deforestation.

Deforestation in Colombia is mainly targeted at primary rainforest which covers more than 80% of the country. This has a profound ecological impact in that the country is extremely rich in biodiversity with 10% of the world's species, making it the second most biologically diverse country on Earth.[1]

One of the main causes of deforestation in Colombia is the national Plan Pacifico which is intended to raise revenue to develop the economy.[2] The plan includes exploitation of the country's rainforests for the extraction of precious natural resources for exportation.[3] 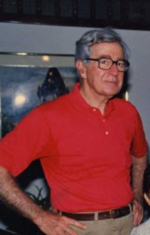 Under the regime of President Virgilio Barco Vargas (1986-1990), a development scheme was initiated involving $4.5 billion in investments to develop the Colombian Pacific Coast in Choco Department. Around 2.2% of the total forest area in Colombia began to be removed each year for wood and to make paper or to provide the clearings needed for palm plantations and agricultural production and commercial shrimp farming.[3] In a concerted effort to enhance trade, Plan Pacifico has attempted to complete the 54 kilometer missing section of the Pan-American Highway between Colombia and Panama spanning the ecologically rich Darien Gap.[2] The construction of the Puente Terrestre Inter-Oceanico (PTI), the land bridge between the Pacific and Atlantic Oceans near Panama, consisting of a railway, road, canal, and oil pipeline has had a major impact on the environment and forest removal in the region.[4] Other plans for road construction throughout Chocó which intended to catapult economic production in Colombia have had unintended negative consequences. The economic potential of the region has resulted in international competition for access to the Colombian market with transnational corporations taking an active role in Colombia's deforestation through petroleum and mineral extraction in coordination with the national plan.[5] The Japanese government has directly financed the construction of a road which links the Pacific coast to inland forest regions to facilitate trade.[5]

Deforestation has been responsible for the erosion of riverbanks which have affected the levels of river beds, which has had negative impacts on aquatic life and fish stocks as well as on transportation and navigation because of silting.[3] 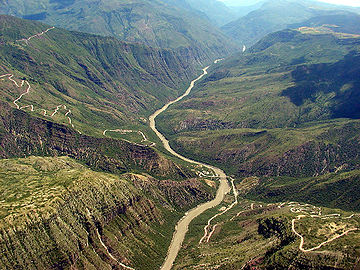 Illegal drug cultivation in the Colombian Andes has results in the removal of some 100,000 acres (400 km2) of forest annually.

The current administration is expanding palm oil and sugar cane production by encouraging large scale plantations, and demand for agrofuels has also had a significant impact on Colombia's forests, biodiversity, and local communities. Exploitation of communities through palm oil expansion has often resulted in violence and abuse of human rights.[6] NGOs working in Colombia have recorded 113 deaths as a result of land-based conflicts over palm oil production in Curvaradó and Jiguamiandó River Basin in the Chocó region, where paramilitaries associated with plantation companies have been accused of exploiting lands collectively held by Afro-Colombian communities. The coastal lowland forests of Chocó province that are most affected by palm oil production are amongst the most biodiverse forests on Earth, home to 7,000 to 8,000 species, with over 2,000 endemic plant species and 100 endemic bird species.

The biologically rich forests of Colombia's Pacific Coast have also been affected by gold mining and cocoa production. One figure obtained in the mid-1990s estimated that gold mining activities were responsible for the clearance of 800 square kilometres of forest per year in Colombia, in addition to increased siltation in rivers and mercury contamination.[1]

The cultivation, production, and distribution of illegal narcotics in Colombia has also had a profound impact on deforestation and loss of biodiversity in the country.[2] An estimated 100,000 acres (400 km2) are allocated each year to grow coca, marijuana, and opium poppies resulting in the direct removal of primary forest to provide for the trade.[3] Particularly affected are the forests of the Colombian Andes where at least 73% of this precious ecosystem has been affected by drug cultivation and migration of people for illegal resource extraction.[3] The area is of prime importance for Colombia's water supply, and a disruption of soils and the water table arising from the removal of forest cover is of major concern to the climatic patterns of the country.[7] 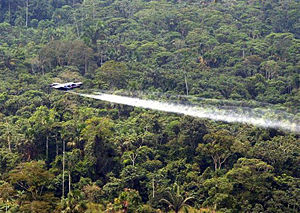 A National Police OV-10 plane sprays herbicides over a coca field. Coca cultivation is a leading cause of illegal deforestation in Colombia.

Poverty and inequality in land tenure and use also play a role in deforestation in Colombia. Privileged landowners who make up just 3% of Colombia's population own over 70% of arable land, while 57% of the poor farmers barely survive on just 2.8% of the land.[3] Inequality and poverty in Colombia are worsened by the fact that the country is striving to develop its market economy with cash crops for export to generate income, increasing the marginalizion of farmers at a local level.[2]

Colombia has made great strides in protecting vast areas of land from deforestation through the creation of national parks; however, enforcement is by no means completely effective. The sale of protected land though government corruption is not uncommon.[8] One notorious example is the attempted government conversion of the Tayrona forest on Colombia's Atlantic Coast into a national park in 1980. When the Tayrona National Natural Park was established, 90% of the land was under government control, but by 1990, 80% of the park had been expropriated through illegal logging and selling of land illegally by corrupt administrators.[8]