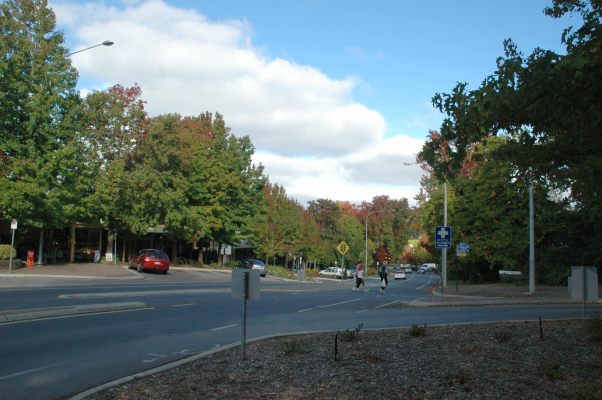 Stirling (sometimes called Stirling East) is a town in the District Council. Its population is about 2500, though the town has largely merged with neighbouring townships such as Crafers and Aldgate.

Founded in 1854 , Stirling grew rapidly as a result of the expansion of growing and to satisfy the demand of the expanding city of , whose centre is only 15 kilometres from Stirling. It was also developed as a residence for Englishmen who could not cope with Adelaide's hot summers. Today, farming has declined as more of the region has been urbanised, with many Stirling residents commuting to Adelaide daily.

Owing to the wet and mild climate, many trees have been imported from , and these are a major tourist attraction in the autumn. Other tourist sites include the nearby and .

Stirling is located in the state electorate of Heysen and in the federal . The local council is the (formerly Stirling Council) in the Mt Lofty and Manoah wards.

The Stirling community is protected from fire, road crash and Hazardous Materials by the Volunteers.In 2006, the stepped up efforts to relocate the station to Crafers, against the wants of the volunteersFact|date=May 2007. The council proposed the move in order to sell the land currently inhabited by the CFS station on Avenue road, to fund a new Library. However, in mid 2006 the council elected to sell the land the fire station was on to (The government organisation which owns all Fire Service assets). The new Library started construction anyway, in early 2007.