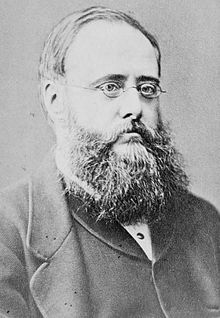 William Wilkie Collins (8 January 1824 – 23 September 1889) was an English novelist, playwright, and author of short stories. He was very popular during the Victorian era and wrote 30 novels, more than 60 short stories, 14 plays, and over 100 non-fiction pieces. His best-known works are The Woman in White, The Moonstone, Armadale and No Name.

Collins predicted the deterrence concept of mutually assured destruction that defined the Cold War nuclear era. Writing at the time of the Franco-Prussian War in 1870 he stated, "I begin to believe in only one civilising influence – the discovery one of these days of a destructive agent so terrible that War shall mean annihilation and men's fears will force them to keep the peace."[not verified in body]

Collins was born in London, the son of a well-known Royal Academician landscape artist, William Collins. Named after his father, he swiftly became known by his second name (which honoured his godfather, David Wilkie). From the ages of 12 to 15[1] he lived with his parents in Italy, which made a great impression on him. At age 17 he left school and was apprenticed as a clerk to a firm of tea merchants, but after five unhappy years, during which he wrote his first novel, Iolani, he entered Lincoln's Inn to study law. Iolani remained unpublished for over 150 years until 1999. After his father's death in 1847, Collins produced his first published book, Memoirs of the Life of William Collins, Esq., R.A. (1848), and also considered a career in painting, exhibiting a picture at the Royal Academy summer exhibition in 1849, but it was with the release of his first published novel, Antonina, in 1850 that his career as a writer began in earnest.

An instrumental event in Collins's career occurred in March 1851,[1] when he was introduced to Charles Dickens by a mutual friend, Augustus Egg. They became lifelong friends and collaborators. Collins became an editor of Dickens's Household Words, several of Collins's novels were serialised in Dickens's weekly publication All the Year Round, and Dickens later edited and published them himself. Collins's younger brother Charles Allston Collins married Dickens's younger daughter, Kate. Collins also advised Dickens's sister-in-law, Georgina Hogarth, when she was editing The Letters of Charles Dickens from 1833 to 1870 (published in 1880) with Dickens's daughter Mary Angela Dickens. 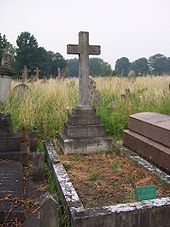 Collins suffered from a form of arthritis known as "rheumatic gout" and became severely addicted to the opium he took (in the form of laudanum) to relieve the pain. As a result, he experienced paranoid delusions, including a conviction that he was constantly accompanied by a subjective doppelgänger he dubbed 'Ghost Wilkie'. His novel The Moonstone prominently features the effects of opium and opium addiction.

Collins never married, but from 1858 lived on and off with a widow, Mrs. Caroline Graves, and her daughter, Elizabeth (whom Collins called "Carrie".[1]) He also fathered three children by another woman, Martha Rudd (Marian on 4 July 1869, Harriet on 14 May 1871 and William Charles on 25 December 1874[1]). Collins met Martha Rudd, a 19-year-old when he visited Yarmouth in 1864. She moved to London in 1867 or 1868 before Caroline Graves issued her ultimatum, either Wilkie married her or she would leave him to marry Joseph Charles Clow. Caroline and Joseph were married on 29 October 1868, in the parish church of St. Marylebone.[2] Mrs. Graves returned to Collins after two years, and he continued both relationships until his death in 1889.

He is buried in Kensal Green Cemetery, West London. His grave marker describes him as the author of The Woman in White.[3]

Collins's works were classified at the time as 'sensation novels', a genre seen nowadays as the precursor to detective and suspense fiction. He also wrote penetratingly on the plight of women and on the social and domestic issues of his time. For example, his 1854 Hide and Seek contained one of the first portrayals of a deaf character in English literature. As did many writers of his time, Collins published most of his novels as serials in magazines such as Dickens's All the Year Round and was known as a master of the form, creating just the right degree of suspense to keep his audience reading from week to week. Sales of All The Year Round increased when The Woman in White followed A Tale of Two Cities.

Collins enjoyed ten years of great success following publication of The Woman in White in 1859. His next novel, No Name combined social commentary – the absurdity of the law as it applied to children of unmarried parents (see Illegitimacy in fiction) – with a densely plotted revenge thriller. Armadale, the first and only of Collins's major novels of the 1860s to be serialised in a magazine other than All the Year Round, provoked strong criticism, generally centred upon its transgressive villainess Lydia Gwilt; and provoked in part by Collins's typically confrontational preface. The novel was simultaneously a financial coup for its author and a comparative commercial failure: the sum paid by Cornhill for the serialisation rights was exceptional, eclipsing by a substantial margin the prices paid for the vast majority of similar novels, yet the novel failed to recoup its publisher's investment. The Moonstone, published in 1868, and the last novel of what is generally regarded as the most successful decade of its author's career, was, despite a somewhat cool reception from both Dickens and the critics, a significant return to form and reestablished the market value of an author whose success in the competitive Victorian literary marketplace had been gradually waning in the wake of his first "masterpiece". Viewed by many to represent the advent of the detective story within the tradition of the English novel, The Moonstone remains one of Collins's most critically acclaimed productions, identified by T. S. Eliot as "the first, the longest, and the best of modern English detective novels...in a genre invented by Collins and not by Poe",[4] and Dorothy L. Sayers referred to it as "probably the very finest detective story ever written".[5]

Various factors (most often cited are the death of Dickens in 1870 and thus the loss of his literary mentoring; Collins's increased dependence upon laudanum; and a somewhat ill-advised penchant for using his fiction to rail against social injustices) appear to have led to a decline in the two decades following the success of his sensation novels of the 1860s. His novels and novellas of the 1870s and 1880s, whilst by no means entirely devoid of merit or literary interest, are generally regarded as inferior to his previous productions and receive comparatively little critical attention today.

The Woman in White and The Moonstone share an unusual narrative structure, somewhat resembling an epistolary novel, in which different portions of the book have different narrators, each with a distinct narrative voice (Armadale has this to a lesser extent through the correspondence between some characters). The Moonstone, being the most popular of Collins's novels, is considered a precursor to detective fiction, such as Sherlock Holmes.

After The Moonstone, Collins's novels contained fewer thriller elements and more social commentary. The subject matter continued to be sensational but his popularity declined. Algernon Charles Swinburne commented: "What brought good Wilkie's genius nigh perdition? Some demon whispered – 'Wilkie! have a mission.'[6] 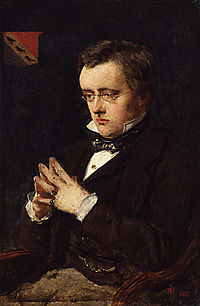 Films based on his novels 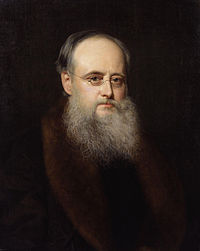 Wilkie Collins is the fictional narrator of the 2009 historical novel Drood by Dan Simmons. The book is based in part on Charles Dickens's The Mystery of Edwin Drood. He also appears as a fictional character in Wanting (novel), the 2008 historical novel by Richard Flanagan.

There are Hidden Object Games based on the Moonstone and The Woman in White.

On 22 January 2011 at 10.00 am, The Ramsgate Society unveiled a blue plaque at 14 Nelson Crescent, Ramsgate to celebrate the fact that Wilkie Collins took holidays in the town of which he made references in his books. The unveiling was accompanied by a local radio interview with Radio Kent and was attended by the chairman of the Wilkie Collins Society.