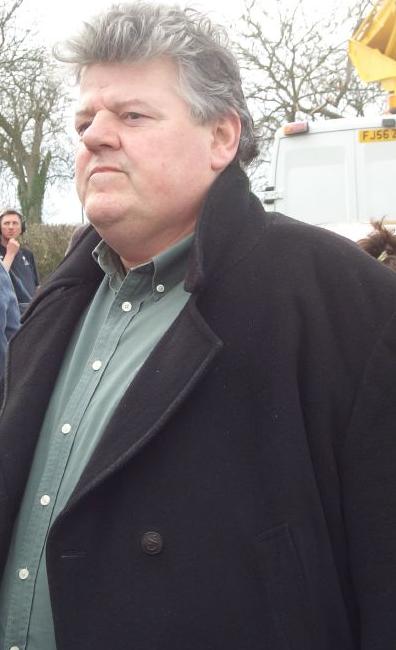 Robbie Coltrane, OBE (born ), is a Scottish , comedian and author.

Coltrane was born Anthony Robert McMillan in , , the son of Jean McMillan Ross (née Howie), a teacher and , and Ian Baxter McMillan, a who also served as a surgeon. [ [http://www.filmreference.com/film/73/Robbie-Coltrane.html Robbie Coltrane Biography (1950-) ] ] [ [http://news.bbc.co.uk/1/hi/entertainment/4569860.stm BBC NEWS | Entertainment | Robbie Coltrane's magical career ] ] [ [http://movies.yahoo.com/movie/contributor/1800020819/bio Robbie Coltrane Biography - Yahoo! Movies ] ] He has an older sister, Annie, and a late younger sister, Jane. Coltrane is the great-grandson of Scottish businessman . He was educated at the prestigious in , from which he was nearly expelled after hanging the prefects' gowns from the school clocktower. Though he later described his experiences there as deeply unhappy, he played for the First XV, was head of the school's debating society and won prizes for his art. [ [http://www.tiscali.co.uk/entertainment/film/biographies/robbie_coltrane_biog.html Robbie Coltrane biography ] ] From Glenalmond, Coltrane went on to , where he was ridiculed for "having an accent like Prince Charles [ [http://quotes.maxabout.com/authors/r/robbie_coltrane.aspx Robbie Coltrane Quotes, Best of Robbie Coltrane Quotes Collection at MaxAbout.com ] ] (which he quickly disposed of, though not before gaining the nickname "Lord Fauntleroy") and then the in . Coltrane later called for public schools to be banned and used to be known as "Red Robbie", [ [http://www.telegraph.co.uk/arts/main.jhtml?xml=/arts/2003/03/20/bacol20.xml 'Hagrid? I'm just Dad' - Telegraph ] ] rebelling against his conservative upbringing through involvement with , , the Labour Party and the .

Coltrane has also presented a number of popular documentary programmes for the British network based around his twin passions for and transportation.

"" (1993) saw him cross from to
behind the wheel of a 1951 . A journey of 3,765 (6,059 ) which he completed in 32 days. In 1997 Coltrane appeared in a series of six programs under the title "" in which he extolled the virtues of a number of engineering achievements, namely the , the , the , the Engine, the engine, and the . In these programs he showed he was not afraid to get his hands dirty, getting involved with dismantling and rebuilding several engines. He also single-handledly removed the engine from a car in 23 minutes.

In August 2007, Coltrane presented a series for called "" in which he travelled from London to Glasgow, stopping in at quirky towns and villages along the way.

Coltrane lives in . He is currently separated from his wife, and is the father of two children, Spencer and Alice.Fact|date=February 2007 He collects s.